Within the walls of FCA (Fiat Chrysler Automobiles), we can almost hear the sounds of hands rubbing together in glee. Over at Ford and Chevrolet, it’s more the scratching of heads. The Dodge Challenger, which has changed virtually not at all for 11 years now, outsold both of its main segment rivals over the course of the third quarter of 2019.

During that three-month stretch, Dodge sold 18,031 Challengers versus only 12,275 for the Chevy Camaro. This trend is not new, even as the latter model came out in a new revised edition is now much more modern. Much more surprising is that the Challenger outpaced the traditional champ, the Ford Mustang. In this case the gap is much close, however, Ford having sold 16,823 units of its muscle car, which having been born in 1964 is the oldest of the three models.

Overall, the segment continues to struggle. The Challenge is the only model to have posted gains in sales in Q3; compared to the previous year its sales jumped by 21%. Ford saw sales of the Mustang drop by 12.3%, while the Camaro is down by 15%. 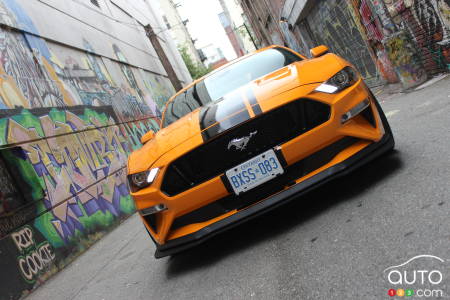 For the full year to date, Ford continues to have the edge, with 55,365 Mustangs sold versus 46,699 Challengers and 36,791 Camaros. Rumours continue to swirl that the latter model may even disappear, for a second time.

As for the Challenger, it continues to defy predictions. Dodge has done a remarkable job keeping it attractive to modern consumers by giving it updates nearly every year. Ford’s new Mustang, meanwhile, has not held the same level of attraction as previous editions. Some of that drop in sales might be due to buyers waiting for the GT500 before they take the plunge on a new Mustang. Over at Dodge all the possible variants of the Challenger have been on the market for long time now.

Ford’s struggles are echoed over at Chevrolet and then some. The design of the new Camaro has left some people cold, clearly.

This is a segment that has lost ground overall, but somehow it continues to fascinate…

The future of the Chevrolet Camaro beyond 2023 is unclear, according to a new report. Sales have been disappointing since the model’s 2016 overhaul, leading ...