Both the Dodge Grand Caravan and the Dodge Journey’s current versions date back to the late 2000s – 2007 and 2008, respectively. To say this is an eternity in the automotive industry is an understatement; it’s virtually unheard to see such a long gap between generations of a model.

It’s true that the two models did get significant updates in 2011, the result of investments made by Fiat after it acquired Chrysler.

It’s also true that the vehicles have continued to sell well, in good part because of their attractive pricing.

But the time has come to move on, and if we go by what Steve Beahm, Head of Passenger Car Brands at FCA, said this week, there will be quite a bit of movement in the coming year.

"Dodge's role is to be prominent as America's sports car brand. That's what we've labeled it in the past few years and I truly believe that's where the brand is at today and where it's headed for the future."

He added that some vehicles simply didn’t fit in with this brand image. He maintained that the Journey, Grand Caravan and Durango models were still relevant on the market today, but made no promises regarding their future. The Durango is another product that hasn’t seen a genuine revision in many years – in its case, since the early 2010s.

As the Durango is labeled a performance model, there’s reason to think its survival prospects are greater, at least more so than the other two vehicles.

As it stands, the Journey, Grand Caravan still represent a good chunk of the company’s sales, and this might motivate the automaker to find a different way to market them. Who knows, maybe they could even end up over at Chrysler.

The banner founded by Walter P. Chrysler seems to be heading in the direction of multi-passenger vehicles, with the Pacifica being the perfect example. The 300, on the other hand, is a sedan that may well be ditched after the 2019 model-year. Steve Beahm has declared that the Chrysler brand would survive.

The mandate the executive has set for himself and FCA is to find a way to make the two divisions prosper. It’s a task not without its challenges, to be sure.

The next 12 to 18 months are shaping up to be tumultuous and emotive at the FCA group, especially as the company as just lost its longtime boss and guiding light, Sergio Marchionne. 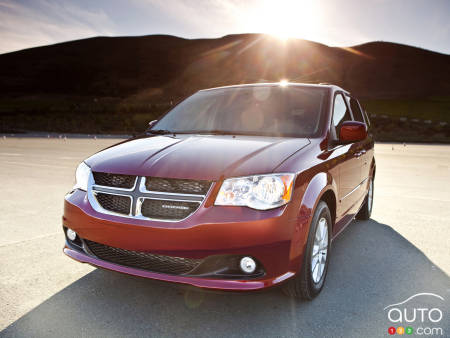 It's over for the Dodge Grand Caravan and Dodge Journey

Dodge has announced that production of the Grand Caravan and Journey models has been discontinued. In the first case, the story ends after more than 35 years...