After having traveled much of New Brunswick via highway to see its main cities (Moncton, Fredericton and Saint John), we were today led by organizers of the 2018 EcoRun onto a number of scenic secondary roads, which vacationers use to reach their favourite beach spots.

We participants thus headed for the picturesque town of St. Andrews. Along the way, I quickly switched out the Mitsubishi Outlander PHEV for a coffee at the meeting point; it had gotten me there in electric mode, for virtually the whole route. The only thing I decried about this impressive SUV is the absence of an integrated NAV system. In which case, long live smartphones.

I continued on in the direction of St. Andrews at the wheel of small Mazda CX-3 (this one with a navigation system, as well as the head up display (HUD), and made it to the pretty tourist town in time for lunch. Over a distance of some 60 km, the CX-3 used up an average of 7.0L/100 km.

After a few activities, such as a boat outing to do a bit of whale watching, we’re scheduled to return to Fredericton to spend the night there, ahead of the flights home the next day. For this last, lengthy leg, I’ll be piloting the new Honda Clarity Plug-In. Later on I’ll be giving you my overview of the drive it offers me and the consumption totals, as well as a final word on the whole adventure that is the EcoRun! 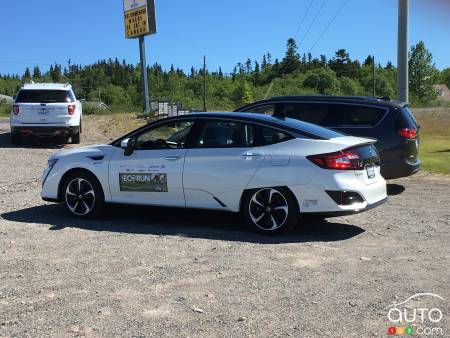 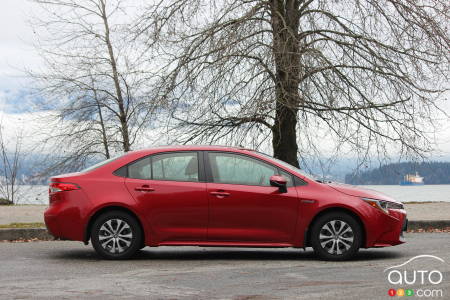 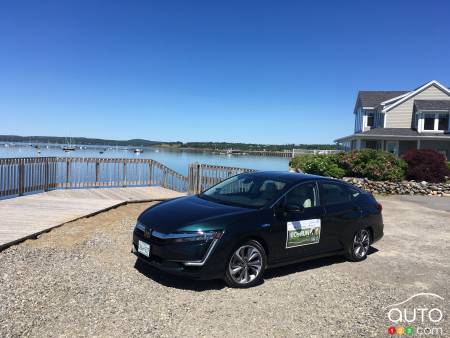 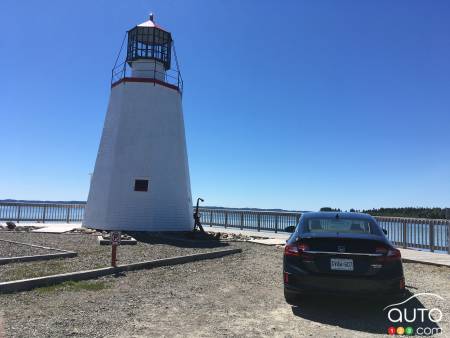