I left off just after lunch on Day 2 of our EcoRun. According to my schedule, and according to the request I made, I was all set to drive the new Chevrolet Bolt from Fredericton to Saint John. But as I got ready to go, the organizers, suspecting that that battery hadn’t gotten fully recharged at the charging station, worried that I might not have the range to make it to destination. Which meant, I had to wait while public charging stations were found before I could head off. Fortunately, there were some close to the restaurant where we’d eaten, and they were free.

In a bit of irony, the only other all-electric car included in this year’s EcoRun, the Nissan LEAF, fell victim to the same problem. It had been allocated to my good friend Jim Kerr, a Saskatoon-based journalist. So we decided hang together at the restaurant before hitting the road. We were now an hour behind the others, so we had to take the Trans-Canada and head straight for the hotel in Saint John, while still moderating our speed on the highway.

Tomorrow, Friday, is the last day of EcoRun 2018. I’ll be driving a Mitsubishi Outlander PHEV SUV, a small Mazda CX-3 and the Honda Clarity Plug-In Hybrid. 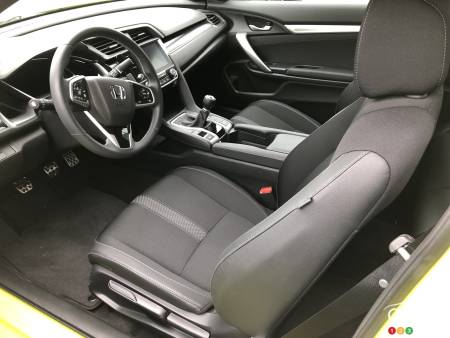 The only two all-electric cars in the fleet both required extra charging. 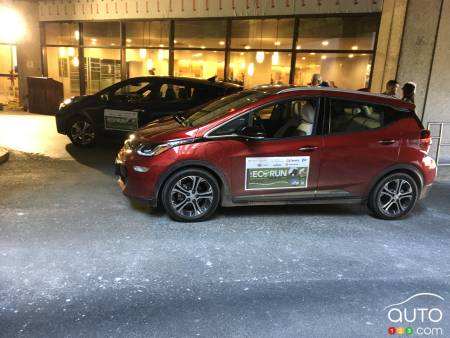 Phew! At the hotel at last, with a bit of juice left in the battery!

The seventh edition of the annual EcoRun sees a handful of journalists belonging to the AJAC (Automobile Journalists’ Association of Canada) put to the test ...