Canadians have not set foot in auto shows of any kind since the novel coronavirus took hold here in March 2020. But now things are looking up. This fall, Quebecers will be able to attend two events: the Montreal and Quebec City electric vehicle shows (or MEVS and QEVS), in September and October, respectively.

These will be the first two automotive events to be held indoors in the country in about 18 months. In the case of the Montreal show, the dates announced are September 17, 18 and 19. The exhibitors will then pack up their wares and head over to Quebec City, where the event will be held from October 1st to 3rd. In the first case, the locale is the Olympic Stadium in Montreal; in the second case, the Centre de foires de Québec.

“Since  a  large  part  of  the  population  has  now  received  its  first  dose  of  the vaccine  and  government  authorities  confirm  that  the  majority  of  Quebecers will have received their second dose by the end of August”, explained Luc Saumure, one of the two promoters of the events (he is also their director of administration and marketing), “we are convinced that  large  gatherings  of  more  than  250  people  will  then  be  authorized,  and the  SVEM  and  SVEQ  will  become  the  first  large  indoor  trade  shows  to  open their doors to the public.”

Added Louis Bernard, the other promoter of the twin events, “The fact that SVEM and SVEQ will be the first large indoor Public Exhibitions to be held in 2021 is great news, as social and environmental issues become more and more a part of our lives”. 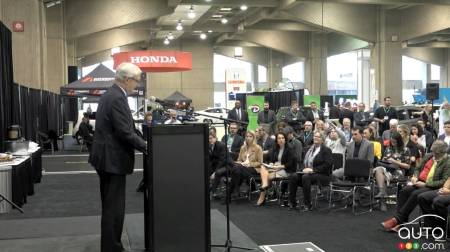 The dates chosen are official but they are of course subject to two important conditions: that developments in regards to the pandemic allow it, and that Quebec’s Public Health department gives its approval.

Nevertheless, this is another positive bit of news that will give hope to everyone.

This auto show dedicated to electric mobility in all its forms was first held in 2017 in Montreal, making this the fourth official edition. 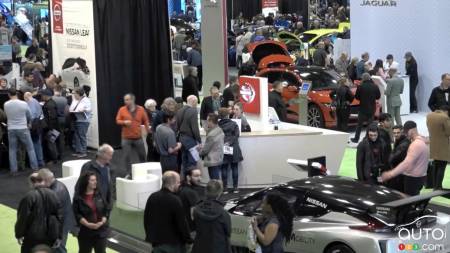 On press day at the 2013 Montreal Internaional Auto Show, I was reminded of a fact that I've been well aware of for a while: Although a full-fledged certifia...