The year 2020 marks an important milestone in the history of the modern electric car. The Nissan LEAF has now been on the road for ten years, having first appeared on the market in 2010 as a 2011 model. Yes, it's true that the Tesla Roadster predates the LEAF, but its limited distribution keeps it out of most discussions of the format’s early years.

2020 also marks an important step in the acceptance of this mode of automotive propulsion, as the industry is (finally) multiplying electric models at high speed, while in the political realm, governments around the world are also pushing for more-electrified vehicle fleets.

A decade after the debut of the Nissan LEAF, the first truly mass-produced electric car, there is no longer any doubt that the average car of tomorrow will be powered via a cable plugged into a charging station at home, in front of a restaurant or at a service station.

Are incentives still necessary?
Despite the ever-growing popularity of electric vehicles, these still account for only a tiny fraction of vehicles sales in Canada. And for that, there’s one reason among a few that stands out: the price charged for electric-powered vehicles is higher than for an equivalent gasoline-powered vehicle. To level the playing field, it’s clear that, at this point in time, in 2020, government rebate programs are more necessary than ever if the rate of acceptance of EVs by consumers is to increase. Especially considering the ambitious objectives laid out by our federal and some provincial governments.

Meanwhile, auto manufacturers are almost unanimous in committing to radically altering their vehicle lineups in the next five to ten years. Announcements of new electric models are a regular occurrence, and EV unveilings are a fixture of today’s auto shows.

Take the Volkswagen Group, which has made electrification a central part of its strategy going forward and whose long-promised line of ID electric vehicles is finally starting to take concrete shape. BMW, Mercedes-Benz, Audi, Ford and others have elaborated their own ambitious plans. Even General Motors is resurrecting the Hummer name within the GMC lineup, and aims to make it the first of a range of EVs built on a platform dedicated to alternative energy. 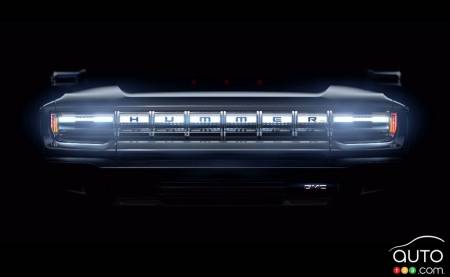 The gap is narrowing, but...
To illustrate the importance of government incentives programs like the federal iZEV program, we can take a closer look at a particular popular model, because it's this type of vehicle that will ultimately entice large numbers of consumers. Electric vehicles in the prestige categories target a more affluent crowd, less – or not at all - in need of a discount on their purchase. Generally, this is not the case for buyers of the Honda Civic or Toyota Corolla, for example.

Our guinea pig is the Chevrolet Bolt, a mass-market electric vehicle that provides good range between recharges and is relatively practical for small families. The starting price of a basic LT is $44,998; to that you have to add transportation costs of $1,800, A/C fee of $100 and dealer fees of $250, which brings the bill to $47,148. This is before the federal iZEV discount and the provincial discount available to residents of Quebec and British Columbia.

In Quebec, the two discounts remove $11,307 from the bill. As a result, the price of the Bolt LT with no options added is $35,841 before applicable taxes. To give you context, this makes the Bolt slightly more expensive than a base Volkswagen Golf GTI, which, while it undeniably delivers a lot of bang for the buck, is not a car that’s accessible to budget-conscious buyers. A brief trot through the websites of a few mass-market car manufacturers confirms the state of affairs: for the most part, mass-market EVs can be had for less than $40,000 (before taxes) when government rebates are available, at least when it comes to vehicles sold in Quebec where the rebates are the most interesting. While that really helps bring these EVS into competitive range, the gap remain wide!

Recall that the federal government's iZEV incentives program took effect officially on May 1, 2019. By August, it was already clear manufacturers were seeing a big jump in sales of eligible electric vehicles in response to the program.

The Doug Ford Effect
In Canada we have an instructive case study that helps further illustrate the extent to which financial incentives from our government authorities have an impact on the purchase of an EV: Ontario. Canada’s most populous province saw its government abolish the government rebate program in the fall of 2018. Since then, Ontario consumers have had ample time to get used to the reality that their provincial government no longer feeds them a single penny towards the purchase of an electrified vehicle.

What effect has the Ford government’s decision had on sales of EVs in Ontario?

Nissan Canada’s Ontario branch worked very hard to deliver as many LEAF units as possible before the cancellation of Ontario’s financial incentive program. Yet despite the flurry of last-minute deliveries, Nissan sold only 241 copies of its electric car compared to 2009 in 2018. However, in Quebec, Nissan also recorded losses (2670 in 2018 versus 1643 in 2019). It was the same story in British Columbia, where sales of 1,019 in 2018 dropped slightly to 953 last year.

Nissan Canada explains these statistics by pointing to the limited number of units available. The second-generation LEAF has seen the number of markets where it is sold around the world increase significantly, so that, on a global scale, demand for the LEAF is stronger; supply doesn’t always keep up. For 2020, the manufacturer foresees a return to normal in the two provinces that offer EV incentives. 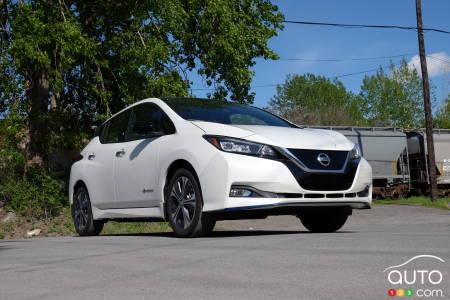 At Honda, where the purely electric car is still conspicuous by its absence, the automaker does have plug-in hybrid options in its lineup. There too the same effect can be observed following the abolition of the Ontario program. The Clarity Plug-In Hybrid Sedan, which is still eligible for discounts, saw its sales drop drastically after the cancellation of the program in Ontario. The Clarity sold 415 units in 2018, but only 106 in 2019. In the other two provinces where incentives are still offered, Honda has made significant gains with the most fuel-efficient car available in its Canadian lineup.

A key takeaway from these sales statistics in the three provinces where electric cars are well-implanted (compared to the other provinces at least) is that as long as the electric car costs substantially more than a gasoline-powered car of equivalent size and quality, the internal combustion engine car will prevail. The day when government discounts will no longer be necessary in Canada has not yet arrived. 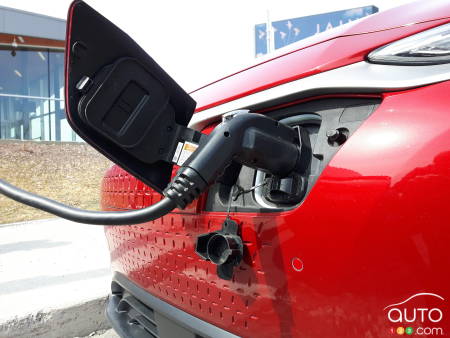 iZEV Incentives Program Expanded to Include More – and Mo...

The government of Canada has announced changes to its iZEV discount program for EVs, and chief among those is an increase in the price ceiling making electri...