At the 30th Electric Vehicle Symposium (EVS 30) taking place this week in Stuttgart, Germany, Mercedes-Benz detailed its vision of the mobility of tomorrow, with plans that revolve around the development and advancement of three powertrain systems: electric, plug-in hybrid and high-efficiency combustion.

Electric
Production of vehicles under the new EQ banner is ready to get under way. “All systems are go,” explained Ola Källenius, head of Daimler Group Research and Mercedes-Benz Cars Development. “By 2022 we will be bringing more than ten different all-electric vehicles to market.”

In addition, the company intends to produce a hybrid or electric version of every one of its models, develop electric trucks and vans, and make the vehicles produced by its smart division exclusively electric in Europe and North America by the end of this decade.

At EVS 30 the company also took the occasion to present once again its Mercedes-Benz EQA and smart vision EQ fortwo concepts, as well as the hydrogen-fueled Mercedes-Benz GLC F-CELL. It further reiterated that it is working on energy storage solutions for individuals and commercial clients, as well as charging technologies and sustainable recycling processes. 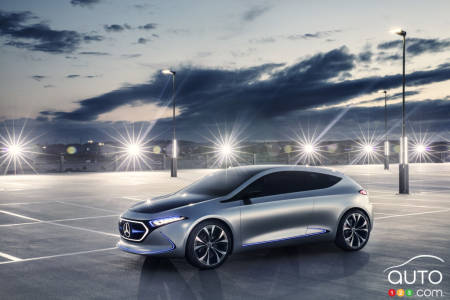 Hybrid
Holding the view that plug-in hybrid vehicles constitute the best of two worlds in the short- and medium-term due to their energy efficiency and their long range, Mercedes-Benz will apply the technology to the biggest vehicles in its lineup (the C-Class and above).

The most recent to integrate the technology is the Mercedes-Benz S 560 e, which runs on a third-generation hybrid system and an automatic transmission that integrates the electric motor. In addition, the company plans to introduce hybrid bus models in certain markets. 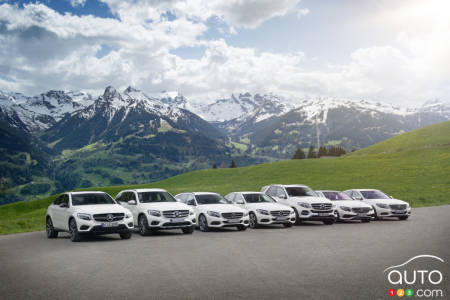 Gasoline
Mercedes-Benz is committed to optimizing its combustion engines; its plans for achieving that run through the use of better materials, a new starter-alternator system called “EQ Boost” and an electric compressor. It cited as an example the 6-cylinder S 500 sedan which generates up to 435 hp but emits 22% less CO2 than the previous model fitted with a V8 engine. 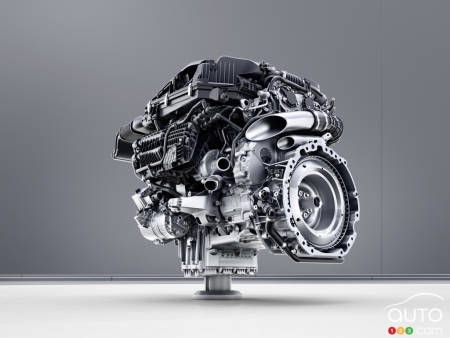 And the rest…
Mercedes-Benz promises that its future vehicles will be more flexible and more connected, not to mention being more fully autonomous. Online services like the Mercedes me portal will be expanded and improved, and the company will deepen its involvement in car-sharing services like car2go. 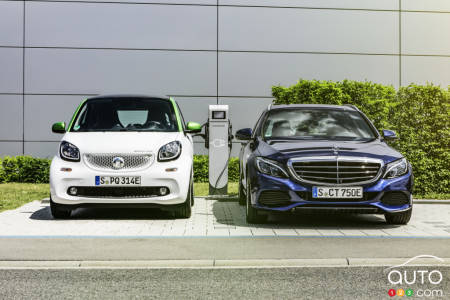 2018 Mercedes E-Class Cabriolet and its Little Cousin in ...

Getting the chance to enjoy some sun in Geneva at the wheel of the new 2018 Mercedes-Benz E-Class Cabriolet and smart fortwo cabrio electric drive was an opp...