Sales in 2021 are better than they were in 2020 across the industry, which is no surprise to anyone. Given the havoc the pandemic and lockdowns played on the economy in general, it was obvious that we were going to see significant growth this year, especially when comparing months that last year saw wholesale closings. On the other hand, this year the ongoing the microchip shortage has slowed down that growth somewhat. The upshot is that the industry might not get back to 2019 levels until 2022.

In the meantime, though, dealer lots are emptying of inventories at historically high rates.

Within that reality, there are some interesting trends to watch, such as how quickly some models are selling out. And with delivery delays a present reality, some consumers are quicker to sign on the bottom line of a purchase contract, not wanting to miss their turn and have to wait even longer for their next ride.

The June sales data shows this trend clearly. The iSeeCars group analyzed U.S. data, which revealed that new cars, once in stock, sold close to a week faster in June than in May. It took an average of 41.7 days for a vehicle to find a buyer last month, compared to 47.1 days in May. What hasn't changed month over month, however, is the type of models that are selling the fastest.

In May, the Mercedes-Benz G-Class was the fastest-selling model in the U.S., but the Toyota RAV4 took that crown in June with an average of just 9.5 days. The Japanese SUV was closely followed by the Kia Telluride, with a 10.5-day average. 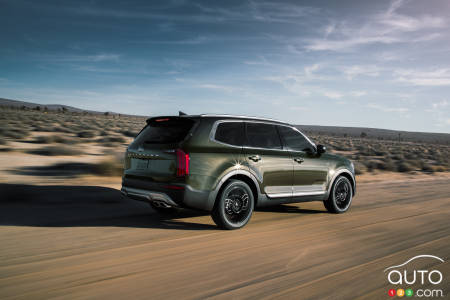 “The microchip shortage continues to impact new and used car sales as production interruptions lower the new car and used car supply and dealers are forced to maintain tight inventory levels. Full-size SUVs have been in high demand since the beginning of the year, and while that trend has continued, we’re also seeing newly introduced alternative-fuel vehicles in high demand.”

In other words, when it comes to big SUVs and to hybrid and electric vehicle, consumers know what they want and are already waiting for the models when they become available.

Here then is ranking of the 10 fastest-selling vehicles in the U.S. in June. You'll notice that the iSeeCars group accounted for variants of some models, so there are some very similar products on the list. Toyota in particular has to be happy about the performance of its juggernaut RAV4 compact SUV. 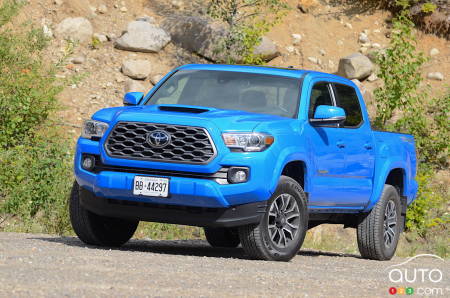 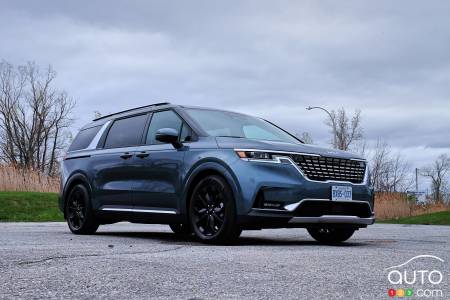 For the first time since 1931, an automaker not named General Motors has topped the sales chart in the United States in a given year. In 2021, Toyota sold 2....