The FCA (Fiat Chrysler Automobiles) Group plans to start the year in style next week at the
Consumer Electronics Show (CES) in Las Vegas. The company had already announced it was presenting three Jeep plug-in hybrid variants in the desert; now it has confirmed its stand at the show will also feature a prototype.

The Airflow Vision Concept will showcase some of where the automaker is going in terms of both exterior and interior styling, but also in the fields of connectivity and technologies.

The company has provided some sketches and a few details ahead of the presentation next week.

The Airflow Vision features an extremely spacious cabin designed for four occupant, but the most striking element is the dashboard. It features a number of digital screens, including one that replaces the traditional instrument cluster. There’s of course a screen for the multimedia system, as well as one for the climate control.

Clearly, FCA is going in the direction of touchscreens in lieu of modules containing buttons and knobs. Other manufacturers across the industry mulling the same change – think of Jaguar-Land Rover and Audi, for example. The instrumentation in current new Mercedes-Benz vehicles is already largely digital.

The Airflow Vision Concept also has screens in the back row to give passengers there access to the same information as available up front.

FCA also says that the prototype’s exterior design is intended as a precursor to the visual signature future models from the company will adopt. The design of the wheels, for one, are inspired by the internal working of an electric motor. Which of course provides a broad hint as to what kind of powertrain this Airflow concept will feature.

Some may find the name of the new design study somewhat familiar, and that is because Chrysler already used it in the past. The carmaker produced a model called the Airflow back in the 1930s, which was said to set new standards at the time in terms of aerodynamics. 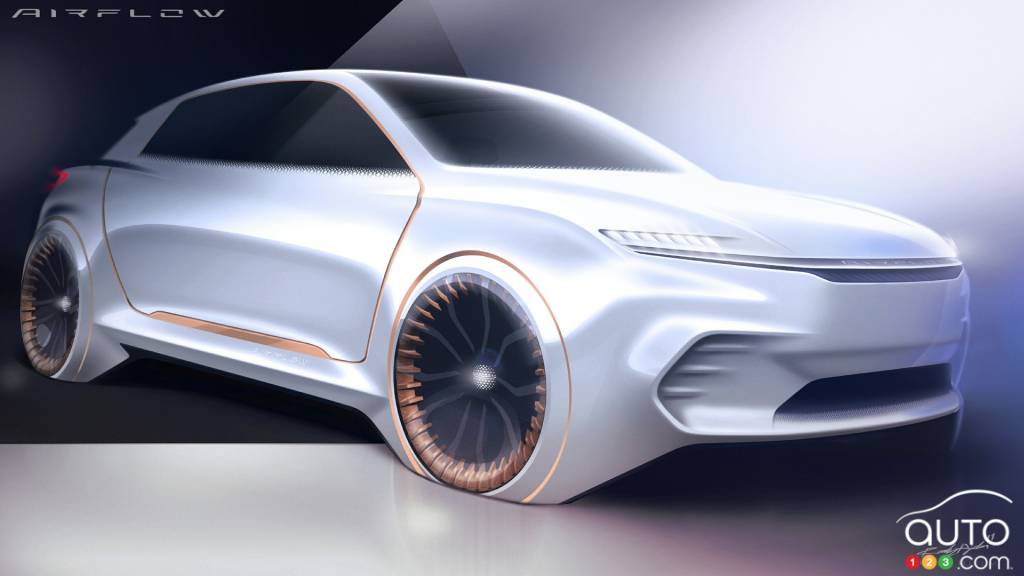 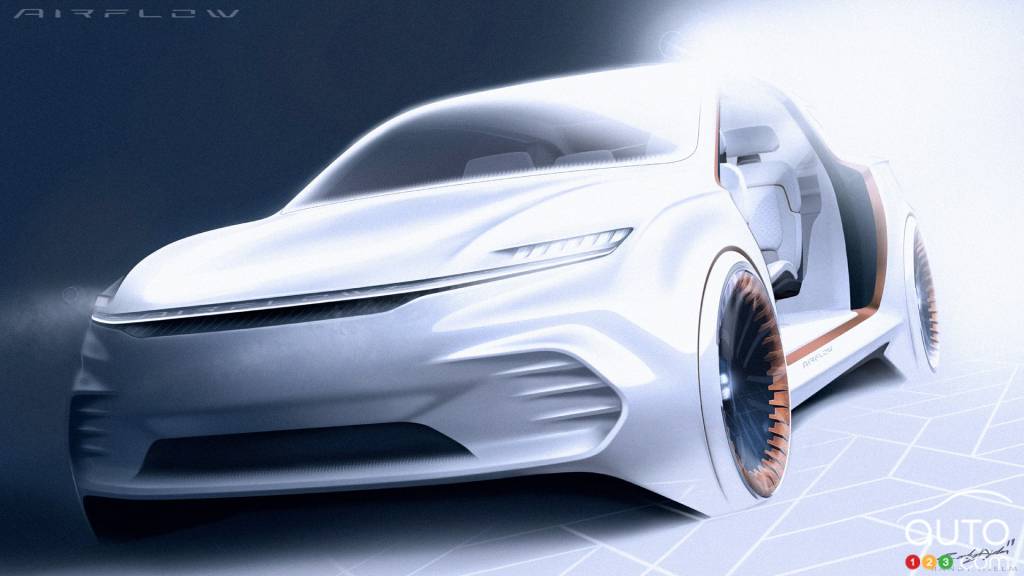