The FCA Group (Fiat Chrysler Automobiles) has announced a $4.5-billion expansion plan for its operations in Michigan. The goal is to increase production capacity for the group’s profitable RAM and Jeep vehicles.

The company will invest $1.6 billion to modernize the Mack Avenue Engine Complex so it can produce the next generation of the Jeep Grand Cherokee and the new three-row Jeep that’s currently on the drawing board. Some 3,850 jobs will be created there as a result.

At the plant in Warren, FCA is putting in $1.5 billion to prepare for production of the Jeep Wagoneer and Grand Wagoneer, creating another 1,400 jobs.

The facility at Jefferson North will be renovated at a cost of $900 million to equip to produce the Dodge Durango and eventually the next-generation Jeep Grand Cherokee. This will result in the creation of 1,100 new jobs.

All of the investments include amounts dedicated to preparing for the arrival of plug-in hybrid and all-electric models from FCA brands.

It’s no secret, the Jeep and RAM brands are FCA’s economic lifeline, thanks to the ever-growing popularity of SUVs and pickups. In Jeep’s case, of course, much of the consumer interest in the brand predates utility mania, and for those the brand continues to represent a way to declare one’s uniqueness.

All of this is surely very sweet music in the ears of automotive workers in Michigan. The last few months have brought their share of bad news in the industry, for example with the layoffs announced over at GM. 6,500 new jobs is nothing to sneeze at. 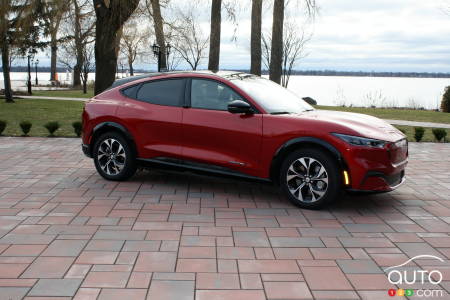 FCA is issuing a recall of a recall of around 365,000 vehicles due to a problem with the models’ backup camera. On models with an 8.4-inch or 12-inch screen,...

The FCA Group paid $77 million in fines in 2016 for failing to meet fuel economy standards set by the U.S. government. The company claims that changing consu...