The electrification process has been gathering steam across the industry for several years now, but the next decade will see electric mobility move to the next level. Manufacturers are ready and committed, and that was brought home again today in a decision by General Motors (GM) that could be seen as insignificant in itself, but sends a definite message.

The company has renamed its Detroit-Hamtamck plant, in service making GM vehicles since 1985, but used by Dodge as long ago as 1911.  From now on, the plant will be referred to as Factory Zero, an obvious reference to the zero-emission nature of electric vehicles.

GM has poured $2.2 billion into refitting the factory to handle assembly of electric vehicles. That's the largest amount it has ever spent on this kind of work in a production plant. When the refit is completed, 2,200 jobs will have been created.

The first vehicle to come out of Factory Zero will be the GMC Hummer pickup truck, set to be officially unveiled later this month. The Cruise Origin self-driving electric vehicle will follow. Both will make use of GM's new Ultium battery. Other electric models will also be produced at this "new" plant, including a future GMC Hummer SUV. 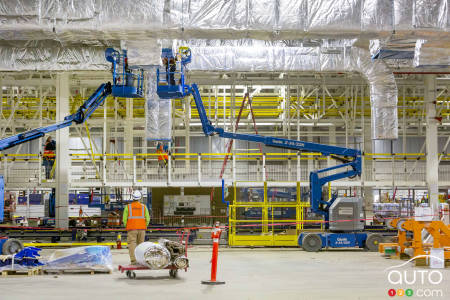 The plant's renovation is being carried out with an eye to sustainable development. For example, excess concrete from the plant's pours has been used to pave roads and runoff water will be recycled to charge the plant's sprinkler system and circulate through the cooling towers. The 365-acre site also includes 16.5 acres of wildlife habitat, which GM says will harbour everything from monarch butterflies to foxes and wild turkeys.

GM is committed to sustainable energy running all its plants in Southeast Michigan by 2023 and the rest of its U.S. facilities by 2030. For overseas plants, the target is 2040.

“Factory ZERO is the next battleground in the EV race and will be GM’s flagship assembly plant in our journey to an all-electric future. The electric trucks and SUVs that will be built here will help transform GM and the automotive industry.” 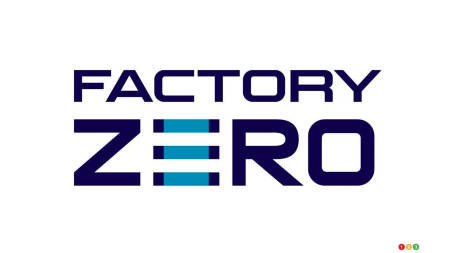 First GMC Hummer EVs Ready for Delivery... in the U.S.

GMC has completed the first units of its new all-electric Hummer EV pickup truck. The initial edition of the vehicle is reserved for the American market, so ...

U.S. President Joe Biden had some fun behind the wheel of the GMC Hummer EV. The short test drive of the vehicle was part of a visit to the Factory Zero GM p...