The FCA Group (Fiat Chrysler Automobiles) is recalling roughly 365,000 vehicles, including 46,773 in Canada, due to an issue with the backup camera system. The rearview image on the multimedia screen can remain frozen in place up to 10 seconds after the driver shifts out of reverse.

There are several different models identified as part of the recall campaign. Included are the following:

Not all vehicles falling in those categories are part of the recall, however. Rather, faulty unints are equipped with an 8.4-inch or 12-inch multimedia screen. 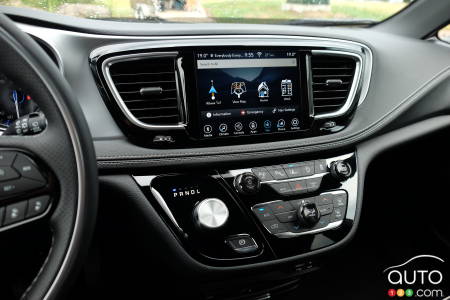 FCA says it the recall officially takes effect on May 22, and it will be contacting owners of affected vehicles beginning shortly. If you have noticed a delay in the rearview image disappearing from the screen, you can expect to receive an invitation from FCA to visit one of their service centres.

The FCA Group did point out that owners can also choose to get an over-air update.

The automaker says it has not received any reports of accidents or injuries in relation to this issue.