The FCA (Fiat Chrysler Automobiles) Group’s assembly plant in Windsor, Ontario has been part of the Canadian automotive landscape since seemingly forever – more specifically, it’s been around since 1928. It currently handles production for the company’s minivans, the Chrysler Pacifica and the Dodge Grand Caravan.

We’ve now learned that the automaker will stop production at the plant for one week, starting January 20, in order to bring supply back into line with demand; it provided no further details. The news appeared first on the Facebook page of the Unifor union’s Local 444.

6,500 workers in all are employed in building the two models. 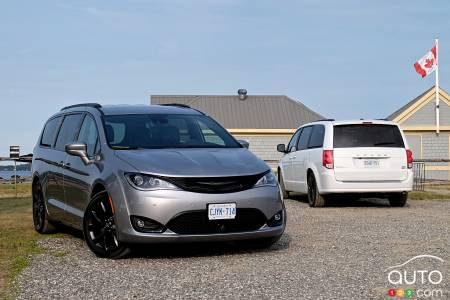 While FCA was refusing to explain its move, a look at recent sales figures tells the story. In Canada, sales of the Pacifica plummeted 38% over the last year, to 3,731 units. Meanwhile 27,362 Grand Caravans did find buyers, but even there that total represents a drop of 15% in comparison with 2018.

FCA has not provided any information on the number of vehicles sitting in inventory at dealers, but there’s no denying the fact that sales have dropped significantly. The company will have to come up with some new strategies to revive sales of its two minivans, but already we know that the Windsor plant’s midnight shift will be shut down permanently at the end of March.

The company had actually announced its intention to do so in summer of 2018, but the move has been postponed several times. In November, FCA confirmed the shift will be cancelled at the end of 2019’s first quarter.

FCA Keeping Third Shift at Windsor Plant Until End of 2019

Fiat-Chrysler Automobiles (FCA) this week told the Unifor workers’ union that it is keeping the third shift active at its Windsor, Ontario plant at least thr...

It's over for the Dodge Grand Caravan and Dodge Journey

Dodge has announced that production of the Grand Caravan and Journey models has been discontinued. In the first case, the story ends after more than 35 years...