Yes, you read our headline correctly: Italian carmaker Ferrari is pursuing a charitable organization. More specifically, one that puts on campaigns against doping in sport and to help develop athletes from disadvantaged backgrounds.

The point of contention is that Ferrari wants to affix the Purosangue name on the back of its first-ever SUV. The problem is that a charitable foundation registered it in 2013, which prevents the Italian manufacturer from using it.

The word Purosangue means "thoroughbred" in Italian. The London-based Purosangue Foundation uses it for its own name, as well as to designate various products it promotes.

The two parties have been unable to reach an agreement, leading to a lawsuit and now a court date. it is because no agreement has been reached between the two parties.

For its part, Ferrari says the foundation has not used the name commercially enough to justify exclusive use, the Financial Times has reported.

Alessandro Masetti, a lawyer representing the foundation, told the newspaper that the name has been used constantly and says there is a ton of evidence to back this up. In particular, he mentioned a shoe collection developed with Adidas, one of the non-profit organization's sponsors.

The case is scheduled to be heard on March 5 in a court in Bologna, Italy. 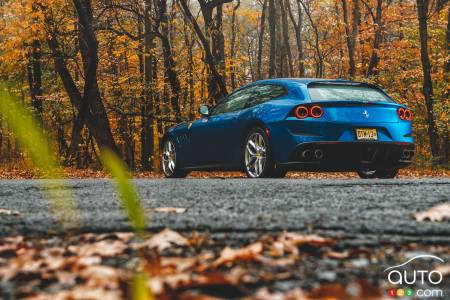 Ferrari’s SUV will be configured on one of the company’s front-engine platforms, capable of accommodating V6, V8 and V12 powertrains, as well as all-wheel drive, and with the capacity to integrate a plug-in hybrid configuration. We’re unlikely to see a V12 placed under the hood, however.

A test model using the body of the GTC4 Lusso was seen in 2018, and its proportions suggest the Purosangue SUV will be different from a traditional SUV with a more ground-hugging stance and very sleek styling.

Ferrari even calls it a "Ferrari Utility Vehicle".

We'll know in a month what name this “FUV” is allowed, or not allowed, to take.

For the first time in its history, Ferrari has racked up more than 10,000 sales in a year. After a banner 2019, the company doesn't intend to stop there, as ...