And, no surprise, Kia is stirring up interest ahead of the next-gen model’s big presentation. Namely, the automaker has shared three images on social media, which provide a sneak preview of what the next Sportage will look like, both inside and out. For the rest, we won't have to wait too long to find out, as the model is scheduled to be unveiled next week, on June 8.

On the outside, there's a significant signature change, both front and rear. The new daytime running lights feature a strong signature line that runs from the hood to the bottom of the bumper. It's clear that this is an approach that served the new K5 sedan well.

At the rear, the lights have grown in size and it appears that they incorporate the turn signals again. Also, though we expected to find a design similar to that of the Sorento and Telluride (with separate lights), this is evidently not the case. 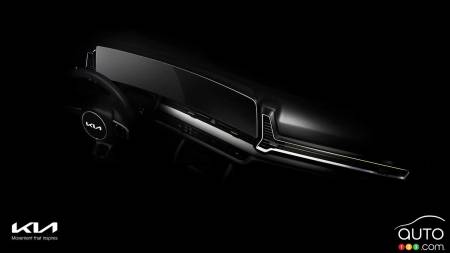 As for the interior, the third shared image shows a partial view of the dashboard. What's striking is, of course, the size of the screen that stretches from the driver's side to the centre position. We can guess that it houses two units. There are few buttons to be seen, which might not be a great thing if it forces users to use touch controls to access common functions. We'll have to see, though, since the rest of the console isn't really visible.

What is clear, however, is an EV6-inspired approach to the interior design, with the exception of the air vents and steering wheel. We can't guess about the rest, but overall, it should be an interesting evolution of the model.

And what is the next Sportage getting under the hood? We should expect a range of choices, especially since the Sportage shares its foundations with the Hyundai Tucson, a model that already offers electrified versions. Technology and safety should be plentiful and latest-generation.

We’ll know much more next week, then, as Kia trots out its next Sportage for the world to discover. And since it's being unveiled so early in the year, we can expect to see it arrive in Canada before the end of 2021. 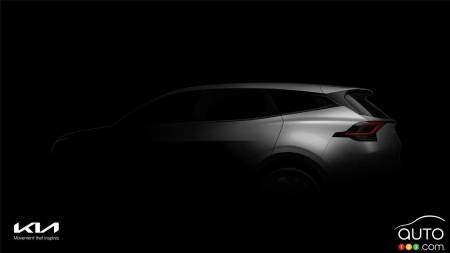 The redesigned and modernized new fifth-generation 2023 Kia Sportage, now bigger and better than before, is a value-packed compact SUV that offers excellent ...