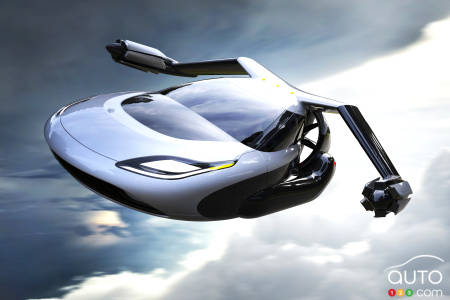 Last month, New Hampshire became the first U.S. state to pass a law allowing for flying cars to be driven on public roads. Yes, you read that correctly.

The catch here of course is that Law HB 1182, signed into being by New Hampshire governor Chris Sununu, allows flying cars to drive on the state’s roads, with their wheels planted on the ground. It does not give makers of flying cars permission to fly the state’s skies, and it definitely does not allow for landing and taking off wherever the operator might feel like. Rather, it means they can be driven to ground destinations from the airport, and vice versa.

“This is a landmark event, and early adopters of this type of state legislation will be the leaders of a new transportation technology. This is something the public has been yearning for decades to see.”

Under the new law, what are called “roadable aircraft” can, if they are registered in the state and pass an inspection, be used on public roads available to other motorized vehicles. That law goes on to explain that “All roadable aircraft shall be required to take off and land from a suitable airstrip and shall be prohibited from taking off and landing from any public roadway, unless under conditions of an emergency.”

We contacted Transport Canada to find out what legislation exists, if any, that govern on-road use of “roadable aircraft” in this country. We’ll update this story as soon as we hear anything. 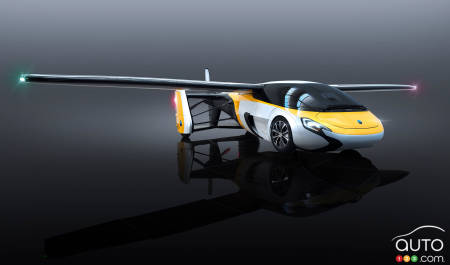 In the midst of a career-best season, Joey Logano has signed a new "multi-year" agreement with Team Penske NASCAR Sprint Cup team, the team announced Thursday.

Cory Joyce is aiming to make his debut just about 20 miles from his home in the NASCAR K&N Pro Series East race on Saturday, September 21, at New Hampshire M...

When cutting-edge auto racing strips down

I know all too well that what I'm about to write will generate plenty of controversy. Anyway... Last weekend, I attended the NASCAR Sprint Cup race at the Ne...