The arrival of the Ford Bronco is definitely one of the bigger pieces of news in the industry this year, and the hype surrounding its debut has been strong. Throughout its development, one idea periodically surfaced, encouraged by Ford: the possibility of a pickup truck version.

That was hardly surprising, especially given Jeep’s adaptation of its Wrangler into the Gladiator pickup. Ford even mentioned the idea in a video released during the design stage of the Bronco SUV. However, it now appears that after much consideration, the idea has been abandoned.

This comes courtesy Automotive News, which cites sources familiar with the dossier who confirmed the decision. Some will certainly be disappointed, but there is an undeniable logic behind Ford's building of its current lineup.

First, with the arrival of the Maverick pickup, the company now has three pickup trucks. Then, don’t forget that the Ranger is already sitting on the Bronco platform. A version of the Bronco with a bed would compete with that model.

And that's without counting the development costs required for the project, all for what would remain a niche vehicle. 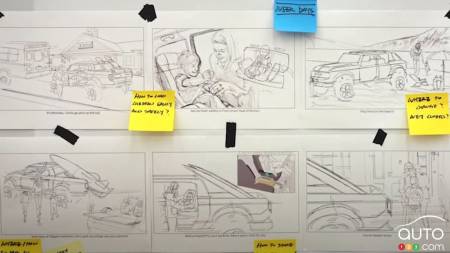 The idea has thus been put aside, but as always, nothing is set in stone in this industry. The decision stands for now, but who know what the future holds.

Realistically, though, in the short term, there’s no point holding our breath. There will not be a Bronco pickup anytime soon.

Without question, the categories of true 4x4s are growing right now. Here's a Top 10 list that surveys the best vehicles for off-roading in Canada in 2022.