It’s a lonely world for some. Right now, the only vehicle on the market occupying the open-top pickup segment is the Jeep Gladiator. But that brand-new model might get company, if we go by a recent patent filing by Ford. The Blue Oval manufacturer is developing a system for a removable roof for a pickup model.

The drawings that accompany the filing seem to indicate that the model in question is a Ford Ranger. While this model is new to our market, it has been around for years elsewhere, and what’s more a revision is actually due. It’s more than possible that the new removable top design is intended for the next edition Ranger.

It’s also possible the new system will find itself onto the new Bronco, especially it’s expected Ford will produce several variants of the model, including one with an open back end. The images obtained by Ford Authority website do, however, show a four-door pickup with a two-section removable top. The first is the roof panel itself, which latches onto the frame of the windshield, and the second includes the back window and is attached to the rear panel of the vehicle. 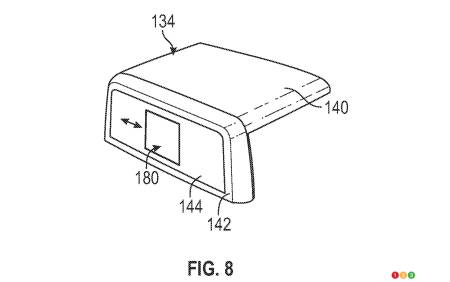 We don’t know from the drawings what the panels are made of, but it’s likely they are of lightweight material. The drawings do reveal how the roof can be removed by just one person. As well, the filing makes reference to two different versions of the roof – one with a sliding rear window and one without.

Ford has had nothing official to say about the drawings or the patent filing itself. We’ll have to wait and see if the near-future for the company includes a removable top on one of its models, or if the idea will die at the drawing board stage.

We do know that the automaker is planning a major presentation to take place a few days ahead of the Los Angeles Auto Show in November. That might be the big reveal of the new Bronco production version, and if it is it’s possible we’ll see a removable-top version.

Stay tuned to find out – we’ll be on site in Los Angeles for all the big reveals at the auto show. 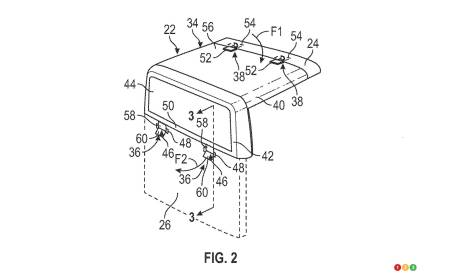