It was only a matter of time, and it hasn’t ended up taking much time at all: Ford has announced that it will produce an electric-powered version of its F Series pickup truck. This was an expected move in the wake of announcements of EV companies like Tesla and Rivian that they would be active in the segment.

Ford, producer for the last 42 years of the best-selling pickup in the United States, was clearly not going to sit on its hands as others moved in to the sector.

As reported by the Detroit Free Press, Ford’s president of global markets Jim Farley recently confirmed the news at an industry conference.

“We're going to be electrifying the F-Series -- battery electric and hybrid.”

The executive acknowledged that in addition to the already announced hybrid version, an all-electric model was necessary to assure the model’s leading position in the segment around the world in the coming years. 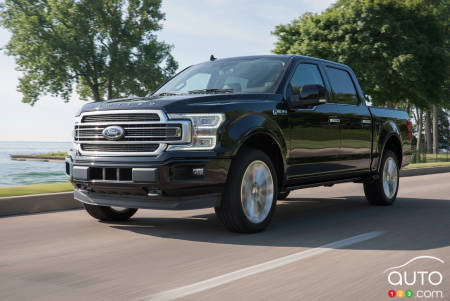 Remember that this announcement comes in the wake of another one, which confirmed a partnership between Ford and Volkswagen that will see the automotive giants collaborate on, among other things, the creation of a midsize pickup. VW has for its part stated repeatedly that it intends to lead the pack in the EV segment. An electric Ford F-150 makes a lot of sense when taking into account all of these factors.

Ford’s decision is also a reply to Elon Musk’s announcement that Tesla is strongly committed to producing an electric pickup. In fact, one of the sketches that shows the California-based automaker’s vision of what its EV truck would look like depicts an F-150 sitting in the bed of the Tesla. 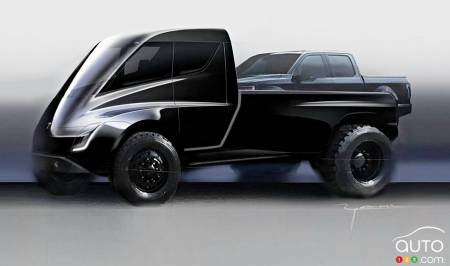 There is clearly quite a battle shaping up on the horizon. The full-size light-duty pickup segment is by far the most popular within the North American industry, and it will be fought over ferociously.

You can also bet the farm that if Ford goes ahead with its plan to produce an electric pickup, sooner or later RAM and GM will follow.