Ford has just unveiled its own vision of the heavy-duty truck of the future. The F-Vision semi concept features a particular design, its cabin in the form of a visor clearly inspired by Marvel’s super-hero movies.

The F-Vision is an all-electric vehicle, but no other information regarding its mechanics has been announced. This is clearly a design study more than an actual vehicle at this stage, even if Ford is pushing it as a full concept.

Ford did reveal that the F-Vision will be a Level 4 autonomous vehicle (out of 5 levels). In short, this means that the truck would be able to operate fully autonomously on major North American highways. Level 5 refers to a vehicle able to function without any human intervention.

Looking at the design, in addition to that helmet-visor cabin, it’s clear that Ford Otosan focused strongly on aerodynamics. The rear wheels have even been tucked away within the truck’s body, and the body reaches almost to the ground in order to reduce turbulence.

Again, this is nowhere near being close to production-ready semi, that’s obvious. But it is revealing that, as the F-Vision is not just largely autonomous but fully electric, it means the transport industry is the subject of active attention.  Other companies such as Tesla, Volvo and Mercedes-Benz are alreays at work on similar projects.

The electric revolution that is coming to the automotive industry will impact more than just that sector, it will revolutionize all sectors that currently depend on gasoline engines. 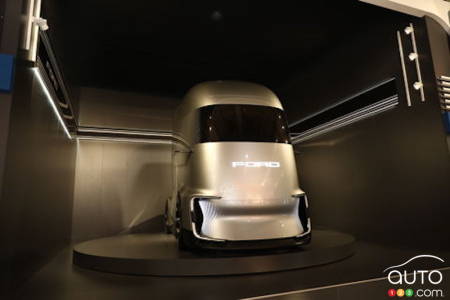 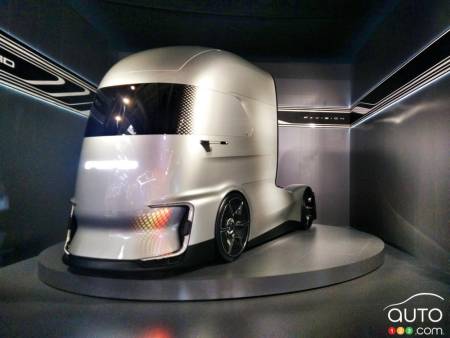 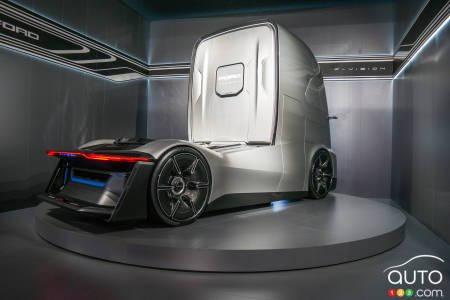 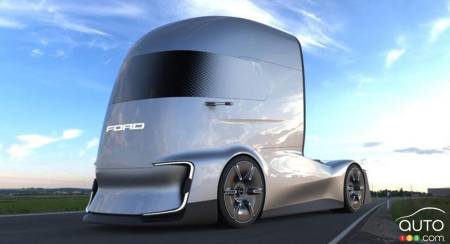 Meet Cyber Orange, a Vibrant New Colour for the Ford Must...

Ford is introducing a vibrant new colour for its Mustang Mach-E SUV. Cyber Orange, already very popular with the Mustang, will be offered with the GT version...

Ford has developed a 1400-hp electric prototype of the Ford Mustang. The long-anticipated battery-powered muscle car does the quarter mile in under 8 seconds...