The cat - or rather the pony - is finally out of the bag! Ford has unveiled details of the most powerful version of its new electric utility vehicle: the Mustang Mach-E GT Performance 2021.

First of all, it should be noted that in Canada, Ford will only offer the top-of-the-line Mustang Mach-E GT Performance, not the regular Mach-E GT, which is earmarked for the US market. And frankly that's for the best. What's the point of being satisfied with a half-measure when you can get the best?

The Mustang Mach-E GT Performance gives its driver more oomph thanks to an electric motor producing 480 hp and 634 lb-ft of torque. That's as much power as a regular GT, but with 34 more lb-ft.

The comparison with the Mustang Mach 1 Performance Coupe is even more impressive, as this EV has just as much power, but with an additional 214 lb-ft of torque!

All that power translates into a 0-100 km/h acceleration time of 3.7 seconds. As a bonus, the Mustang Mach-E GT Performance has four-wheel drive. This feature, which adds to the vehicle's dynamics, has always eluded the popular pony car. In addition, the EV has an optimal range of 378 km (compared to 402 km for the regular GT).

The high-performance electric utility vehicle is recognizable by its distinctive front fascia and illuminated badge, as well as its 20-inch ebony-black alloy wheels with 245/45R20 Pirelli summer tires.

Its equipment includes a power management mode that Ford calls… Unbridled Extend! Designed for use on a race track, it “provides more performance-oriented traction and stability control,” the automaker says.

The BlueCruise semi-autonomous driving system is among the options offered by the automaker. Buyers also have a choice of eight colours, including the exclusive three-coat Cyber Orange Metallic.

The model starts at around $82,995, and the manufacturer promises first deliveries this fall. It should be noted that this manufacturer's suggested retail price (MSRP) makes the Mach-E Performance ineligible for purchase and lease incentives offered by the governments of Quebec, B.C. and Canada. To be eligible for these rebates, the MSRP of an EV must not exceed $60,000 for the Quebec program and $55,000 for the federal and B.C. programs. 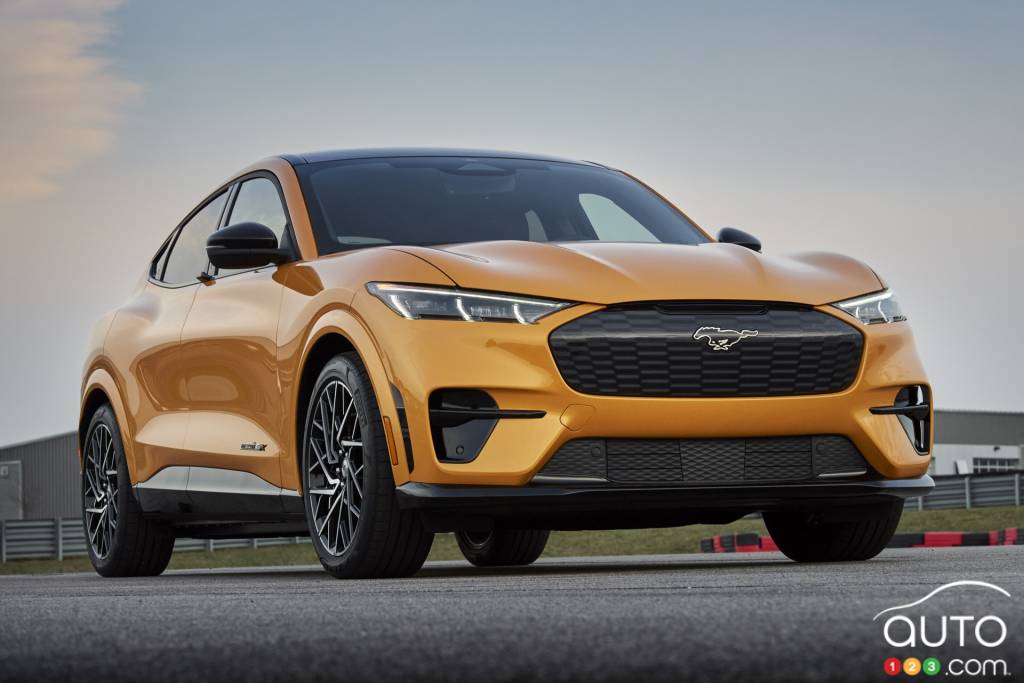 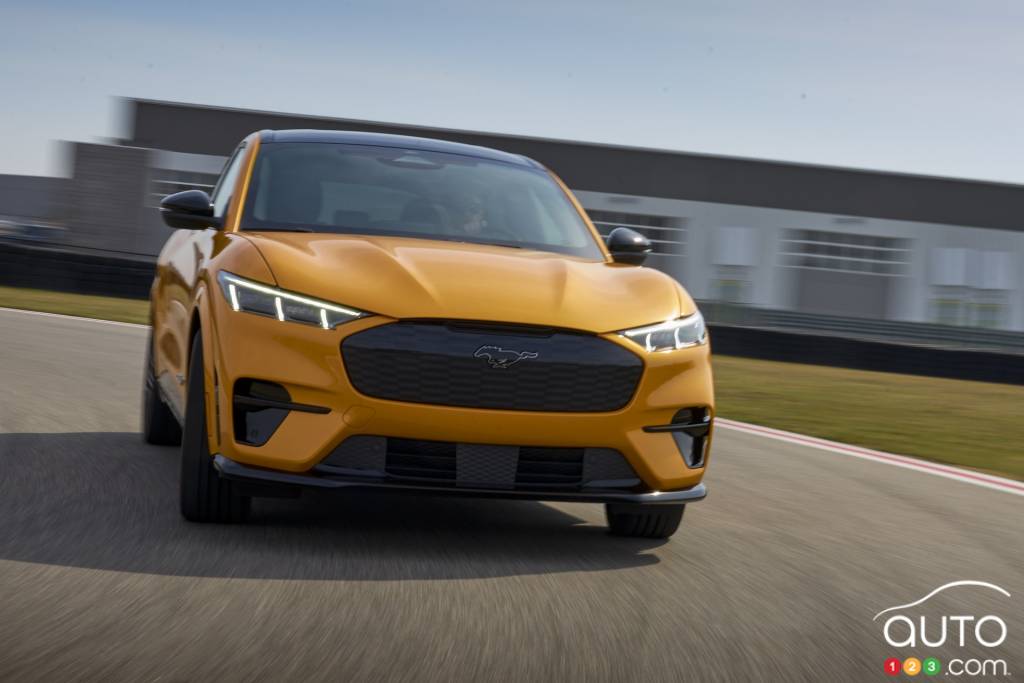 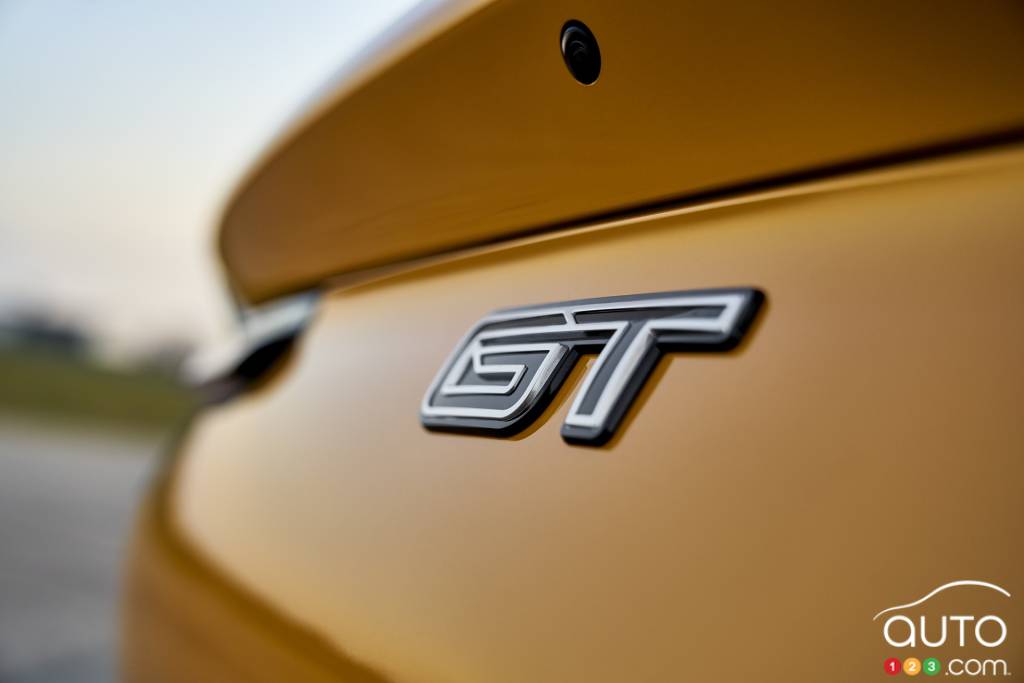 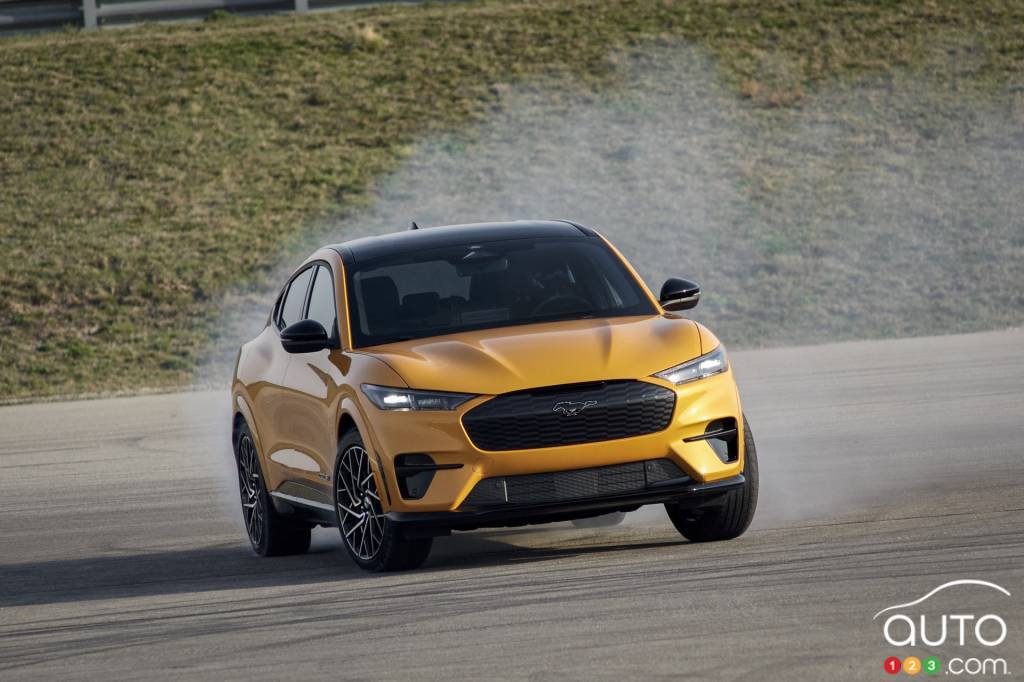