The traditional media day to kick off the Frankfurt auto show featured its share of eye-catching concepts, and one of the most striking was the Vision EQS design study presented by Mercedes-Benz. More than anything, the prototype showcases the brand’s design signature for its future line of electric sedans.

The EQ language design, first introduced with the EQC SUV, is characterized by a front grille totally distinct from the company’s vehicles produced up to now. Clearly, the goal was to create real differentiation between combustion-engine vehicles and electric ones.

Is it esthetically successful? Up to you to judge. Personally I’m not entirely convinced, at least if you’Re talking about the EQ vehicles’ front ends. The Vision EQS in particular is a really radical departure. All of the front end’s elements are different, and prominent. The illuminated grille has the appearance of a traditional grille, but it’s an illusion. As for the blue tone to the outside, it’s just as dominant on the inside.

The Vision EQS appears to be an evolution of the F 015 concept presented a few years back at the Consumer Electronics Show (CES) in Las Vegas. Both have the same futuristic styling, an extended wheelbase, short overhangs and an interior where the concept of electricity is dominant. The difference is that the earlier design study was powered by hydrogen, while the new EQS is a purely electric creature. The German automaker has said it wants to be carbon-neutral within 20 years, so we can fully expect to see more electric design studies come down the pike in coming years, with production versions to follow. To be sure, those final versions won’t feature the exact styling of prototypes like the Vision EQS, but we do get the general idea.

The production version of this new concept should see the light of day sooner rather later, as it’s earmarked to become of the S-Class of Mercedes-Benz’ EQ electric branch. 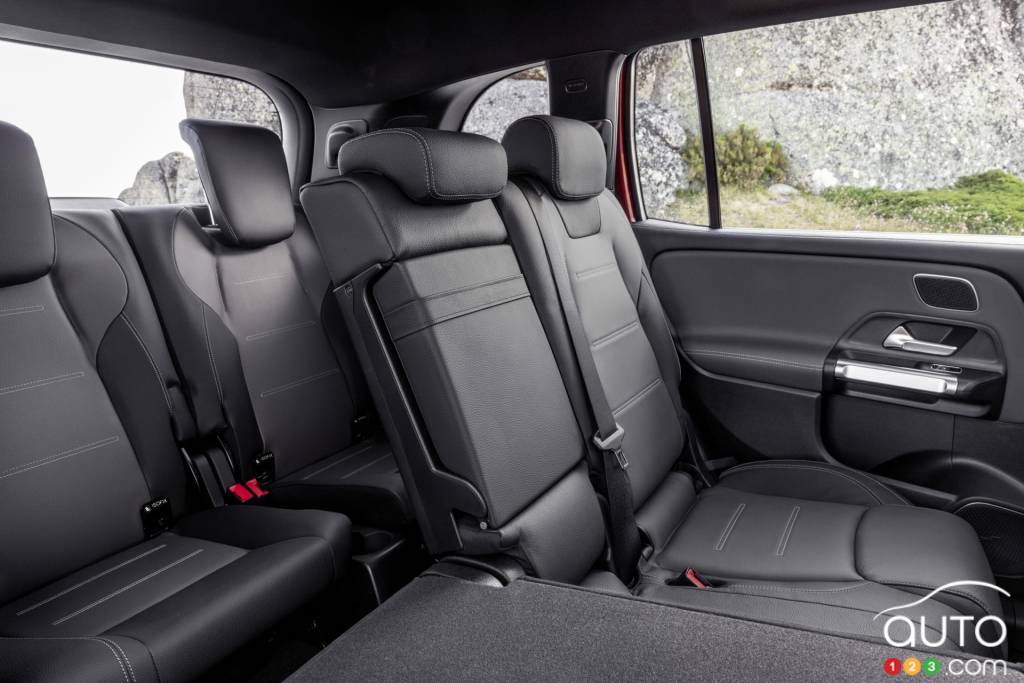 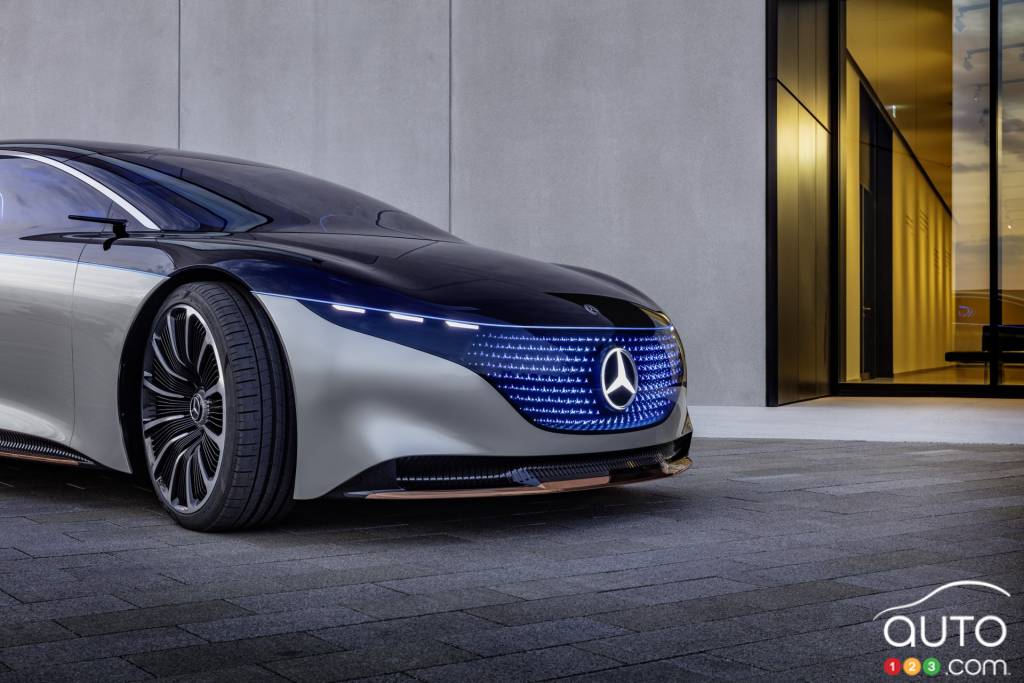 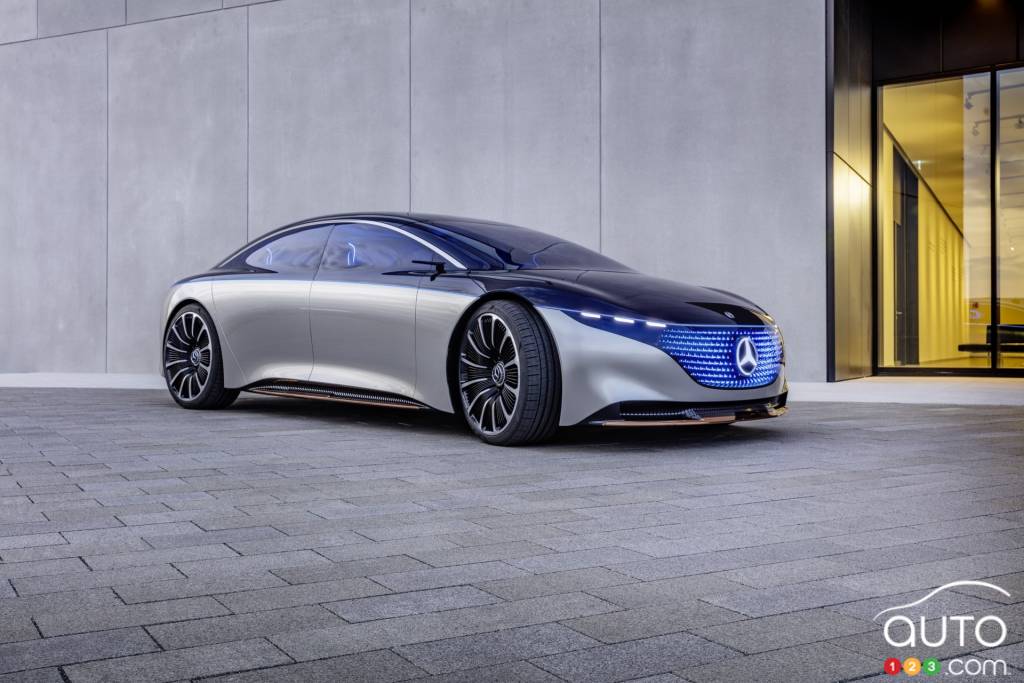 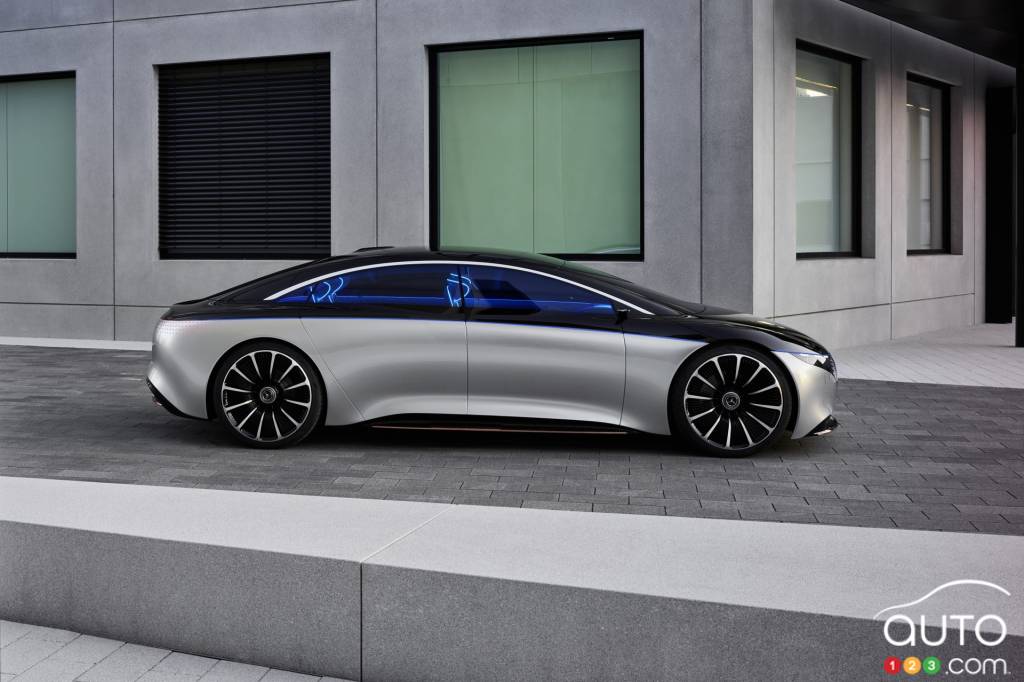 Mercedes-Benz’ EQS electric sedan will come with a new 56-inch screen called the MBUX Hyperscreen. This system consist of three connected units, one of which...

Mercedes-Benz has given the green light to developing an all-electric sedan. Tentatively named the EQE, the E-Class-sized model is expected to be ready only ...