Genesis recently presented the reworked version of its G70 sedan, which will debut for the 2021 model-year. This week, the Korean luxury automaker introduced, for Europe, the wagon version of the next-gen G70. And the least we can say is that its lines are absolutely spectacular.

In fact, even if these things are always a matter of taste, we’ll go ahead and declare that this wagon version is better-looking than the sedan. Unfortunately, as is the case with most of the wagons offered on the European market, we won’t be getting it on this side of the Atlantic.

What strikes the eye is the model’s plunging roofline that narrows at the rear to where it meets a steeply sloping tailgate. Genesis claims that cargo space is 40 percent greater with this version than the sedan and that the rear seats fold down in a 40/20/40 arrangement for greater flexibility. 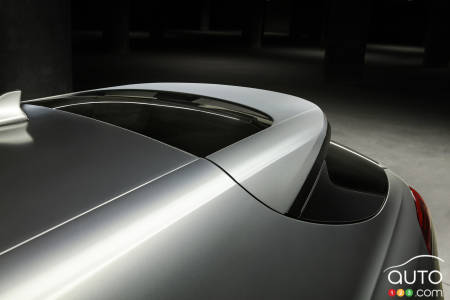 Mechanically, this version is likely to offer the same engines as the sedan, namely a 2.0L turbocharged 4-cylinder and a 3.3L twin-turbo V6. A diesel engine could also be offered in Europe.

When it goes on sale this summer, the G70 wagon will compete directly with the wagon versions of the Audi A4, BMW 3 Series and Mercedes-Benz C-Class. All the while, here in Canada, we have to make do with just a very few models to choose from, like the Audi A4 Allroad and the Volvo V60 and that’s about it.

Of course, nothing prevents Genesis from changing its mind. One thing's for sure, even though consumers are currently enamoured mainly with SUVs, we like to think this magnificent-looking car could find an audience in North America. 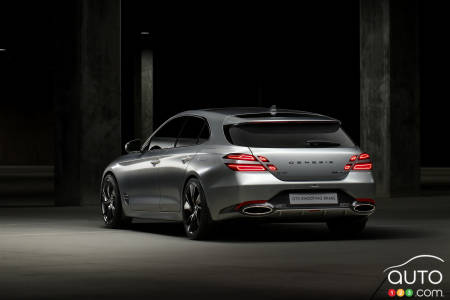