General Motors has confirmed an $81 million investment to have the upcoming Celestiq electric sedan built by hand at the Warren Technical Center in Michigan. Manufacturing of the car is expected to begin in late 2023.

When Cadillac was founded, it quickly made its mark as a company that put quality at the centre of its priorities, in fact the slogan that made it famous at the time was "Standard of the World".

Owning a Cadillac meant standing out, a way to showcase one’s success. It stayed that way for a long time, even though other manufacturers arrived and became synonymous with luxury in their own right. Companies like Pierce Arrow, Packard, Bentley, Rolls-Royce, Auburn, Peerless, Duesenberg, Mercedes-Benz, etc.

Over time, Cadillac has remained a luxury division within General Motors, but its star has faded somewhat. Today, the automaker is trying to return to its roots by focusing not just on quality, but on very high quality. 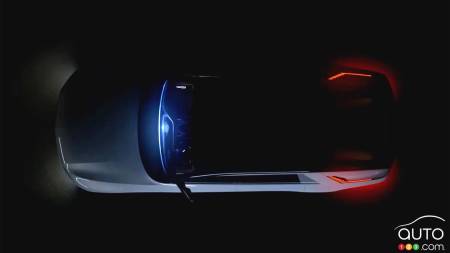 Photo: Cadillac
The future Cadillac Celestiq, from above

The Celestiq will of course share components with the brand's other electric vehicles, including the upcoming Lyriq SUV (watch for our road test of the model in the coming days).

As for the Celestiq's production run, GM hasn't confirmed when assembly will begin or how many units will be produced annually, but AFS (AutoForecast Solutions) estimates it at 400.

“If done properly, the Celestiq could become the kind of top-of-the-line model that used to make Cadillac the choice of celebrities and royalty.”

GM, had previously already confirmed that its Celestiq, which will command a six-figure price tag, will be the first production vehicle built at the Warren Technical Center.

All 2023 Lyriqs Have Been Sold, Cadillac Says

Cadillac has announced that the total of orders received for its Lyriq electric SUV cover the full 2023 model-year production run. Those who want a model and...