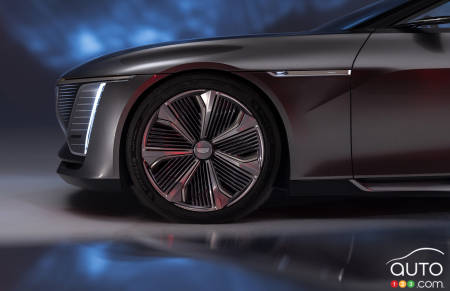 Safe to say, Cadillac's Celestiq sedan is one of the upcoming EVs generating the most interest, or at least curiosity. The full unveiling of the luxury EV is scheduled for next week, on July 22, but in the meantime, the automaker has obligingly shared yet more teaser images.

Strangely, since Cadillac announced how expensive the Celestiq is going to be, interest has never been higher. The EV will be assembled by hand, produced in limited quantities and sell for around $300,000.

The most striking of the images shows the exterior’s back end and partial side. That reveals distinctive lines but also singular lighting, especially on the lower part of the vehicle. That illuminated Cadillac logo is certain to be a point of attraction as well.

The glimpse we get of the car’s wheel also reveals what we’d already guessed: it’s big. The tires are 285/35R23. The caveat is that this is a show car; things might be more reasonable on the production version. 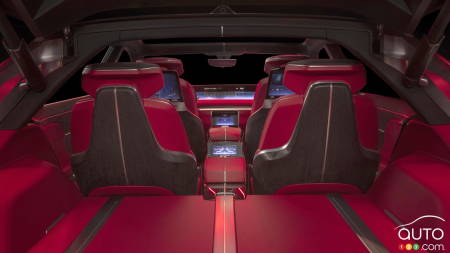 On board, we see a four-seat configuration, with a full, controls-stuffed centre console. The starburst lights on the door panel look great, as does the bright red leather. Another image shows the cargo area, as well as the huge screen that Cadillac will be grafting onto the dashboard. Rear occupants have their own screen mounted on the headrest, as well as a central control screen between them. Up front, the approach is reminiscent of what we see from Mercedes-Benz with its Hyperscreen.

And because we're really talking about a futuristic model, the small screen located on the centre console between driver and passenger includes a fingerprint scanner. So we guess that the Celestiq will have a fingerprint reader to choose the desired driver profile.

We will see and know a lot more next week when the model is officially unveiled, so stay tuned. 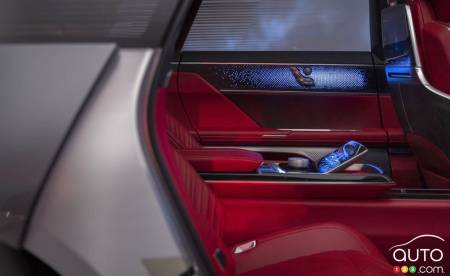