After the succession of news announcing the cancellation of auto shows - just this week we learned that both the Detroit and Paris shows are off - the next thing we can expect to hear from automakers is the postponement of the arrival of certain new or revised models currently scheduled.

With many manufacturers' factories closed and consumers largely confined to their homes in response to the coronavirus pandemic, delays are to be expected. And that's before you factor in the financial losses that automakers are suffering. Clearly, some projects will be put on hold.

General Motors (GM), for one, is reviewing its schedule for planned upgrades of several major models.

Citing a memo sent by GM to its suppliers, The Detroit News reported Monday that the company asked those suppliers to stop preparing scheduled updates for several pickup and SUV models, as well as a new variant of the Chevrolet Corvette.

All updates are now postponed until next year, according to the report.

These would include mid-cycle refreshes for Chevrolet Silverado 1500, Equinox, Traverse and Bolt EV, as well as GMC's Sierra 1500 and Terrain models. Mid-cycle changes for the Camaro were also mentioned.

Some of the models to be upgraded have already been revealed, namely the 2021 Chevrolet Equinox and Traverse, as well as the 2021 GMC Terrain. 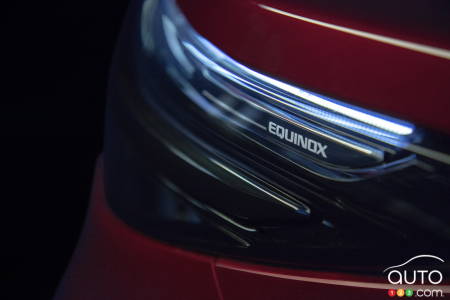 A GM spokesman told The Detroit News that while some model revisions on the schedule will likely be pushed back, others scheduled for release in the near-future remain on schedule. These include such highly anticipated products as the automaker’s new range of electric vehicles including the GMC Hummer, Cadillac Lyriq, Chevrolet Bolt EUV and Cruise Origin autonomous-drive shuttle. All of these models are scheduled to debut in 2021, but time will tell if COVID-19 plays havoc with their commercial launches.

Given the rapidly worsening situation in the U.S., further delays are possible, especially since many car manufacturers are now devoting resources to assembling urgently needed medical equipment to combat the pandemic. GM has already committed to assembling critical care ventilators at its plant in Kokomo, Indiana, among others.

Some manufacturers have expressed hope they can resume production by mid-April, including FCA (Fiat Chrysler Automobiles), Ford and Volkswagen. If that’s the case, delays in the release schedules may not be significant. But that’s assuming production can be resumed. For its part, GM has not yet announced a date for a resumption of operations, but continues to monitor the situation closely.