You could acquire one of two spanking-new Chevrolet Corvettes – one the last 7th generation Corvette, the other the first 8th generation all-new, mid-engine Corvette Stingray built for the Canadian market - and feel really good doing it. That’s because General Motors of Canada and Chevrolet are donating the two vehicles for auction to benefit the Oshawa-based Durham Children’s Aid Foundation in support of ‘Sharon’s Kids,’ which was founded by Sharon Clark in 1968.

Sharon Clark was a former GM Oshawa employee who tragically passed away after a heroic battle with cancer in April 2020. She also began, more than 51 years ago, a project called ‘Sharon’s Kids’ after encouraging coworkers to skip the office Christmas exchange and instead adopt a local family through the Durham Children’s Aid Foundation. The first to benefit from this generous initiative was a young, single mother and her nine-month old child, who received Christmas gifts and a food hamper. From there it grew exponentially, with General Motors’ employees committing every year to helping local families during the holiday season.

“At GM Canada, we’re proud to support the communities in which we live and work and that’s why we’re donating the last 7th Generation and first 8th Generation Chevrolet Corvettes built for Canada to the Durham Children’s Aid Foundation in honour of Sharon’s Kids, a charity that’s been part of our history for over fifty years. Sharon Clark touched the lives of everyone she met and was admired for her dedication and passion in giving back to our communities.”

“We are beyond thrilled that GM is continuing to support Sharon’s Kids with this donation. GM’s assistance continues to give much needed support to Durham’s most vulnerable children and youth.  It means so much to know that Sharon’s legacy will continue, I know it would mean the world to her.” 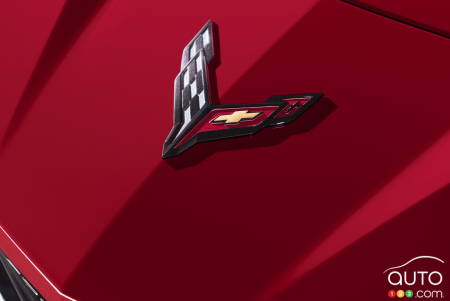 Online bidding in the live auction begins on October 21 and ends on October 28. Interested folks can visit www.chevrolet.ca/CorvettesForKids to learn more. The Durham Children’s Aid Foundation also invites you to make a direct donation today that will help buy Christmas gifts for kids in need this holiday season, right here.

The very last of its generation, the donated 2019 Chevrolet Corvette Stingray Grand Sport Coupe is a high-performance precision machine packed with 460 hp, 465 lb.-ft. max torque and 1.2 g of cornering capability – and it comes in eye-popping Torch Red.

The all-new 2020 Chevrolet Corvette Stingray is Chevrolet’s first-ever production mid-engine Corvette and represents the fastest, most powerful entry-level Corvette in the vehicle’s 66-year history, reaching 0-60 mph in 2.9 seconds (on track) when equipped with the Z51 Performance Package.

This stunning Sebring Orange model is the first C8 built for the Canadian market and boasts exotic proportions and a modern race-inspired design. Powered by the next-generation 6.2L Small Block V-8 LT2 engine, the 2020 Corvette Stingray packs 495 hp and 470 lb-ft of torque. 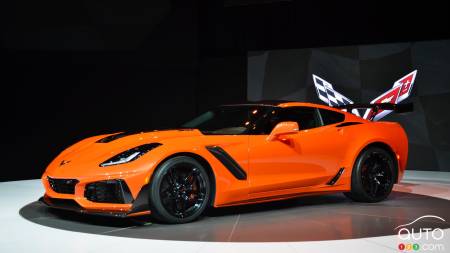 This Wrecked 2020 Corvette Could Be Worth More Than New

As you can tell from the images, this 2020 Chevrolet Corvette is heavily damaged, but it could be worth more than a new C8. Why? Because the model was built ...

The Top 25 New Models Coming Soon, According to Car and D...

Car and Driver magazine's recent Top 25 list of models due to appear on the horizon in the near future contains an intriguing mix of sport, utility and elect...