A heavily damaged 2020 Chevrolet Corvette C8 is currently up for auction, and it could be worth more than a new one. Say again?

And why would it be worth more than a brand-new, pristine Corvette? The reason goes back to its production date.

The damaged car is currently being offered on the Copart auction site, which specializes in the resale of damaged models. Its estimated selling price is $107,699 - $48,000 more than a new edition. 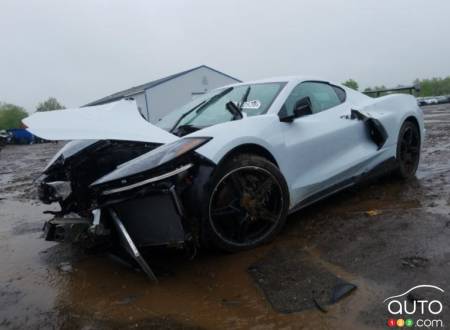 This particular Corvette was manufactured in January 2020, which means that it is one of the first of the new generation (C8) mid-engine to be assembled. The date of construction is actually confusing, Chevrolet itself having announced that production started officially on February 3. Presumably, the model in question was built to act as a test car for dealers before the company began assembling customer-ordered models.

Whatever its origins, once out in the real world things did not go as planned for this Corvette. It’s clear form the images that the car’s front end was seriously reconfigured upon getting intimately acquainted with a major obstacle, possibly a pole or a tree. The airbags triggered, the passenger side was smashed and the rear fender was broken. And that’s just what’s visible; further damage is possible, but can’t be seen in the photos. 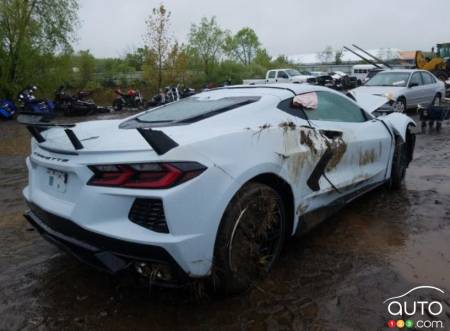 The good news is that since the engine is in rear center position, it likely wasn’t damaged. Consequently, the cost of repair will be lower, although still substantial.

The question for Copart is whether the car will sell for as much as it hopes when its time comes to be auctioned off.

Much has been made about the limited number of 2020 Corvettes that are being produced due to the combined effects of last fall’s strike action at GM and this year’s pandemic, but the company still plans to build 20,000 units before beginning production of the 2021 editions.

We have to wonder, meanwhile, if this model, manufactured before the start of official production, will be worth as much to collectors once the money is invested to buy and repair it? We’d call this a risky bet, and only time will tell if it will pay off. 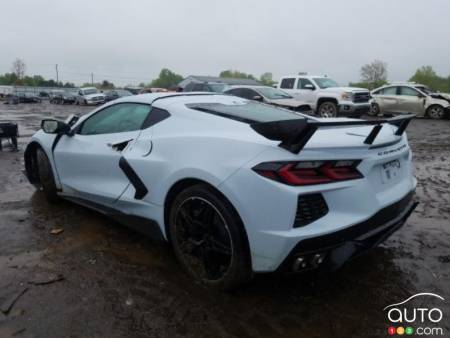 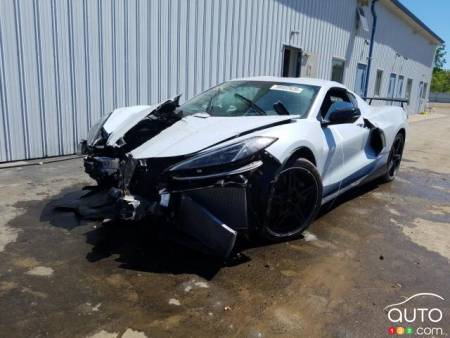 The owner of a new 2020 Chevrolet Corvette C8 had a nasty surprise during a visit to the dealership. Likely ignorant of the mid-engine car’s anchor points, a...