Earlier this week we saw General Motors officially re-christen its Detroit-Hamtramck Factory Zero as it gets repurposed for EV production. Now the automaker has announced a new $2 billion investment to refit its plant in Spring Hill, Tennessee to allow it to build electric vehicles.

This is close to the $2.2 billion GM poured into the former Detroit-Hamtramck plant to get it ready to build the new GMC Hummer pickup, as well as the future SUV that will derived from that model. The Tennessee plant will assemble the upcoming Cadillac Lyriq.

Once both those facilities are online, General Motors will then have three EV-producing facilities operational in the United State (the first is the Orion, Michigan plant, which produces the Chevrolet Bolt).

The Spring Hill plant will continue to produce the Cadillac XT5 and XT6 SUVs, but assembly of the GMC Acadia will be moved to the factory in Lansing Delta Township, Michigan. For now, GM has not said when it intends to start producing the Lyriq model. 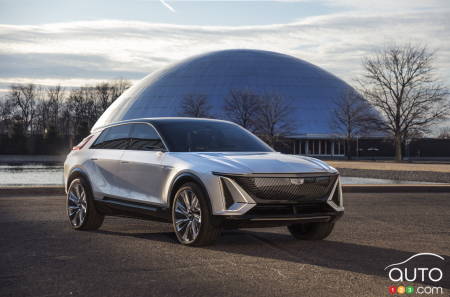 GM’s goal is to have in its lineup 20 new electric vehicles by 2023, including those recently unveiled. We know there’s an EV based on the Cadillac Escalade in the works, as well as an electric-powered smaller SUV similar in size to the Cadillac XT4. Beyond that, the Cadillac Celestiq luxury sedan, which will be hand-built, is also planned. Also coming are an SUV version of the Chevrolet Bolt, a Chevy-badged electric pickup and one or more SUVs from Buick.

That GM is able to upramp its development of EVs is due in large part to the modular platform it has conceived, designed for electric powertrains, and also thanks to the Ultium battery system. The platform allows the automaker to easily reconfigure battery packs to meet the requirements for different models. 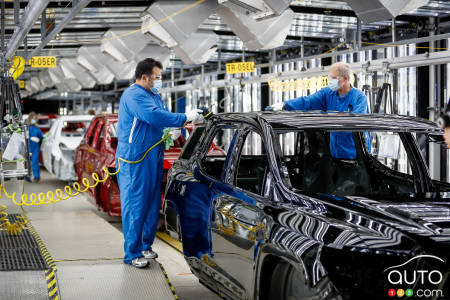 GM Won’t Build Trucks for the Nikola Group After All

GM won’t be building trucks for the Nikola group after all. Allegations of fraud leveled against the fledgling company may have helped derail a deal made bet...