You can’t say we didn’t tell you so. After Tesla announced its intention to produce an electric-powered pickup, Rivian showed up with its own EV pickup at the Los Angeles Auto Show, and we wrote that it was just a matter of time before the other U.S. automakers followed suit.

Earlier this week we learned that Ford was going ahead with the development of a fully electric version of its F-150.

During an interview with CNBC, GMC boss Duncan Aldred confirmed where the division is likely headed in terms of electrification, saying “certainly, it's something we're considering”.

The executive provided no details about the timeframe the company was setting for itself to come up with a product, but realistically we expect that it will be a few years before we see a GMC-branded EV on the market.

Still, we see it as a virtual certainty that it will come to pass. Considering the transformation to electric mobility that is currently spreading across the industry, and given the extreme popularity of pickups, the big manufacturers can’t continue to swim against the current forever.

While Ford and GM get busy with their plans in the domain, it will be interesting to see how big of a foothold on the market Rivian can manage with its R1T pickup, or how well Tesla does with that promised truck of its own.

Just as intriguing will be to see what kind of reception electric trucks get on the American market. 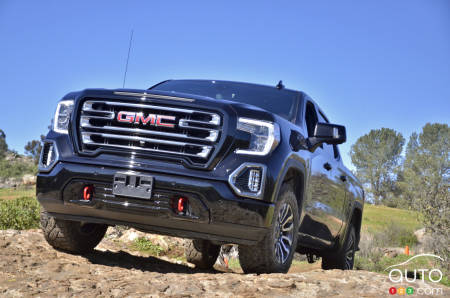 GMC Hummer EV: the Big Comeback Will Have to Wait

The big comeback of the name Hummer at GMC will have to wait due to ongoing coronavirus outbreak. Indeed, the pandemic will make it impossible to present the...

GM Confirms It Will Build an Electric Pickup

This week General Motors confirmed in a conference call with investors that it will build an electric pickup. The new was delivered by GM CEO Mary Barra, who...