Fans of racing games on video consoles, more specifically those who own a PlayStation, can now circle a date on their calendar: March 4, 2022. That is the launch date for the seventh version of the popular Gran Turismo game.

Is the game perfect? Surely not, if only because that has yet to be invented. A lot depends a lot on gamers’ personal preferences, but this franchise is guaranteed to deliver hours of fun driving dream cars on an array of tracks, real and fictional.

And what a franchise it is! Since its debut in 1992, the Gran Turismo series has been a favourite among racing fans and gamers alike. While we await the release of the next generation of this Sony-exclusive game, we get a first video showing what the graphics and gameplay sequences will look like. These showcase some of the vehicles that it will be possible to drive, and they confirm several of the tracks, locations and features Gran Turismo 7 will integrate. 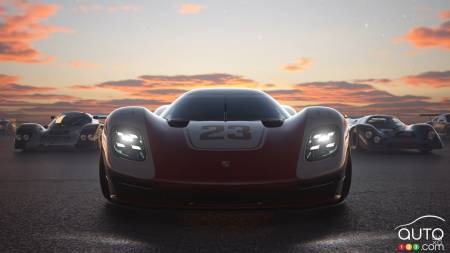 The footage begins with a suitably cinematic close-up of a headlight belonging to the 2019 Porsche 917 Living Legend concept. As the camera pulls away, we can see it flanked by several of the firm's historic models, including a real 917 version, a 962 and what appears to be a 911 GT2 RS. These machines alone should be enough to excite any virtual driving enthusiast. Then we get a series of cars of all kinds, such as the Toyota Supra A80 and A90, GR Yaris and several different Nissan GT-R editions, as well as other exotic cars.

We even see a Mazda Miata strutting its stuff off in one of the sequences - under its Japanese name, Eunos Roadster.

We also learn that players will be able to customize their vehicle thanks to a catalog of parts accessible through the accumulation of points. The tracks include classics like Dragon Trail, High Speed Ring, Trial Mountain and Tokyo Expressway. More-famous places such as the Nordschleife and the Circuit de la Sarthe are of course also present, as well as Laguna Seca, recognizable in one of the sequences.

Gran Turismo 7 is not schedule to debut for another six months, which gives fans plenty of time to save up for the purchase. We're not talking so much about the cost of the game itself, but rather the pricy steering wheel and racing seat needed to fully enjoy it. 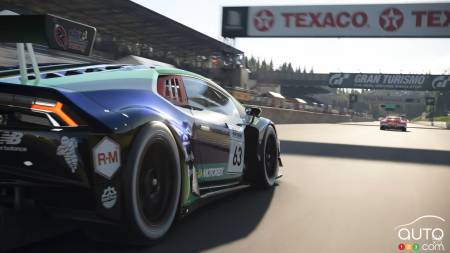 Mopar will showcase electrified concepts at the upcoming SEMA show in Las Vegas. In the process, the parts, accessories and performance division will give us...

A Movie Based on the Gran Turismo Video Game Is Coming in...

The Gran Turismo video game is going to move from the console to the big screen next year. Indeed, a movie scheduled for August 2023 will tell the story of a...