The town of Saint-Hyacinthe near Montreal in Quebec was the scene of a rather remarkable – but very quiet - event this past weekend, as no fewer than 733 all-electric cars took part in a parade that set a new Guinness world record. The event took place in connection with the 5th annual Salon du véhicule électrique de Saint-Hyacinthe.

That count obliterated the previous record for a gathering of BEVs, 402, set in 2016 in Silkeborg, Denmark. Even more impressive is that unlike in the case of that earlier event, which allowed all forms of electrified vehicles to participate, from cars to electric bikes to three-wheelers, the Saint-Hyacinthe parade was open only to cars.

With every edition of the Saint-Hyacinthe show the event grows in prominence and popularity. The huge number of parade participants (the record must still be certified by the folks at Guinness) is proof of this. The record-busting parade was an initiative of Daniel Breton, President and CEO of Electric Mobility Canada.

And since the electrification of transportation is still in its infancy, we can expect to see this record being broken in short order. And then broken again, and again... 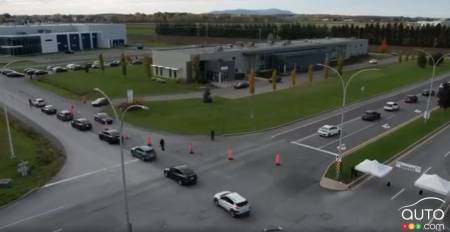 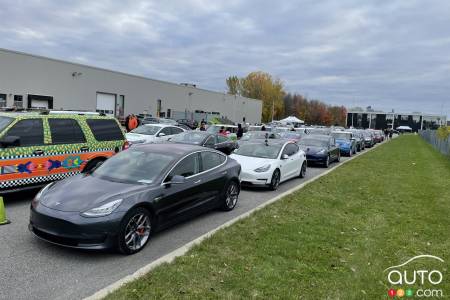 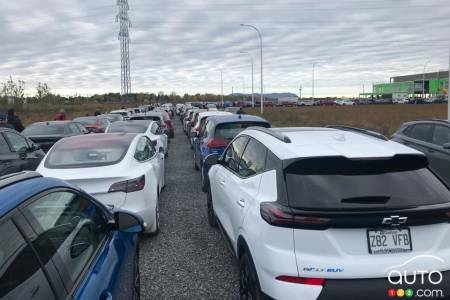 If all goes according to plan, there will be two car shows in Quebec in September and October. The Montreal and Quebec City electric vehicle shows are planni...

Honda presents an electric SUV in concept form at the Shanghai Auto Show. The Honda e:prototype SUV is the first of 10 such models planned for the Chinese ma...