The past two years have seen automakers makes a series of announcements regarding the electrification of their product offering. While Honda has issued its share of statements on the subject, there were a lot of details missing still.

Now, Honda boss Takahiro Hachigo has spelled out in great detail where the company is headed.

In brief, this is what the executive had to say:

For starters, he pointed out that fully 60% of the company’s sales consisted of Civic, Accord, CR-V, HR-V and Fit models. At the same time, there are substantial differences between the models sold in North American, Europe or Japan. This is a costly practice, and it’s the first area the company identified in which it could cut costs. Reducing the number of trims offered will also bre a cost-saver. And so it is that Honda confirms it will cut two-thirds of the variants of its models that it offers around the world by 2025.

We can expect, for example, that the Civic will be the same here as it is in other markets, and that there may be fewer trims available to buyers. 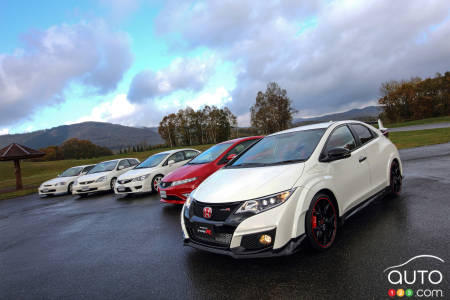 Honda will also look for ways to have elements and components shared by several models, again with the goal of saving on costs. A new model in development for launch next year is being conceived in this context.

The overarching imperative is to increase cost efficiency wherever possible. Explained Hachigo, “In this way, we can continue creating new technologies.”

Honda also clarified what its objectives are in terms of electrification. Its aim is for two-thirds of its vehicle sales to consist of electric-powered models by 2030, with priority being given to producing hybrid models. Honda wants to offer the hybrid option on every model in its lineup in the coming years.

As it happens, the next-gen Honda Fit set to be unveiled in Tokyo will come with an available hybrid configuration.

Then there are the company’s all-electric models, for instance the Honda e sold in Japan and in European markets. Honda says it wants to produce a 100% electric vehicle for the North American market as well, though for this region, Takahiro Hachigo says the automaker will work together with General Motors to bring to market highly competitive EV batteries. 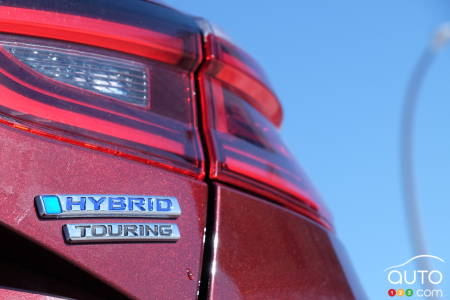 Ford is planning another electric vehicle, which will be based on the platform of the Mach-E SUV. There’s no word yet on what kind of vehicle it will be, but...

FCA to Invest up to $1.5 Billion to Build EVs in Windsor

FCA will invest up to $1.5 billion to build electric vehicles in Windsor. The agreement between the company and the Unifor union even calls for a new model b...