The automotive industry has seen its sales see-saw in the past couple of years, and in the United States in particular the trade conflicts instigated by the White House have created a climate of uncertainty that continues to dog automakers. Japanese manufacturers are particular vulnerable to trade headwinds, as negotiations for a new trade agreement continue between the governments of the U.S. and Japan.

Not all automakers are being affected equally, however. Two in particular have continued to benefit from the patronage of large numbers of customers. In the month of August, both Subaru and Honda beat sales records for the month. The two models most responsible for that are the Honda CR-V and the Subaru Crosstrek. Both of the models enjoyed their best sales month ever.

Our review of the 2019 Subaru Crosstrek 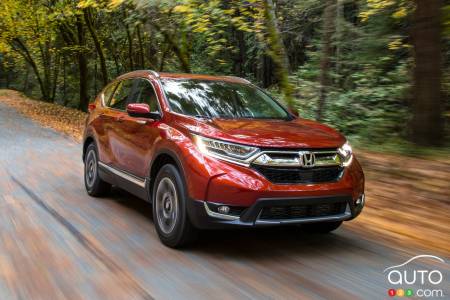 Overall, the industry has seen sales drop by 0.6% since the start of this year compared to the same period in 2018.

Subaru has hit a big sales milestone in the United States with its Forester model. The Japanese automaker made the announcement this week that it has sold it...