Honda touches a nostalgic nerve at the 2017 International Motor Show Germany in Frankfurt with its introduction of the electric urban concept car – officially known as the Urban EV Concept – that recalls the first Civic hatchback models produced by the Japanese automaker.

Built on an all-new platform, the new concept points the way to where Honda is heading in terms of design and technological development. A production version of the EV Concept is expected to be ready by 2019. But which markets will actually see it? Europe has been mentioned, but not, at least for now, North America.

Sitting in a lower and wider stance that favours sporty driving, the new urban concept measures 10 cm less in length than the current Honda Fit. The logo on the grille, meanwhile, is backlit in blue and evokes the all-electric powertrain that runs the vehicle. In various places inside and out, welcome messages, battery information and alerts for the driver or for other road users can be displayed.

The lounge-style interior prioritizes exterior visibility and the purity of the décor. A super-sized screen covers nearly the entire dashboard, and even extends into the doors; it can display a host of data as well as provide access to numerous functions. An automated assistant can detect the emotions displayed by the driver and recall their past decisions to anticipate and make relevant suggestions. As well, the front seats are covered with natural materials and accentuated with wood elements (which also wrap around the dashboard).

The powertrain of Honda’s new urban concept is accompanied by an innovative energy management system through which electricity can be used to recharge the car’s battery, transferred to the owner’s home or even sold back to the grid. 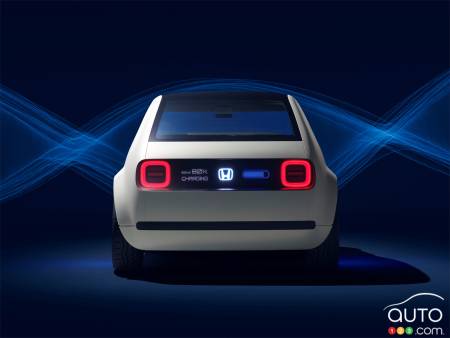 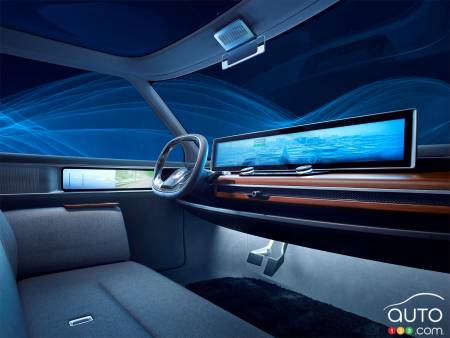 Electric and self-driving, devoid of steering wheel and pedals, the new concept car from smart is trumpeted as the “intelligent solution for an urban mobilit...