In major cities, the cost of parking spaces can be completely out of reach for many motorists. Home-owners and apartment dwellers in Toronto, Vancouver and Montreal, and even more so in New York, Paris and London, are used to paying through the nose for a spot to park their vehicle.

These folks can take consolation they don’t live in Hong Kong. A parking space recently sold there for an astronomical $1.3 million USD. The definition of insanity.

Now, Hong Kong is one of the most densely populated metropolitan areas in the world, and as a result, motorists have a hard time finding a parking space. That's why a space in The Mount Nicholson development, home to some of the most expensive homes in Asia, sold for the record amount of $1.3 million.

The parking spot is located in a residential development called The Peak, which overlooks Hong Kong's Victoria Harbour. The location was one of 29 sold in a bidding process offered to homeowners last month, reports the South China Morning Post.

As mentioned, this is a new record for Hong Kong, whose most expensive parking lot before this sale had been $980,000 USD, a mark set in 2019 in a 73-story office tower.

According to the developers, the buyer of the space was not speculating, as is sometimes the case in Hong Kong. Rather, they’re just really, really wealthy. Residences at The Peak are worth between $51 million and $77 million USD. For buyers in that market niche, a mere million-and-change more for a parking space is not really an issue. Incredible.

That buyer wasn’t an outlier either: another buyer picked up four spaces at $1.13 million per, and yet another bought six spots.

Hong Kong isn't the only place in the world with crazy parking-spot prices. United Press reported in 2012 that a $1 million space was for sale in New York City. British owners, meanwhile, reportedly made $28 million last year by renting out their spaces to motorists, according to the YourParkingSpace app.

After all that, paying four or five dollars for a parking meter suddenly seems pretty darn reasonable. 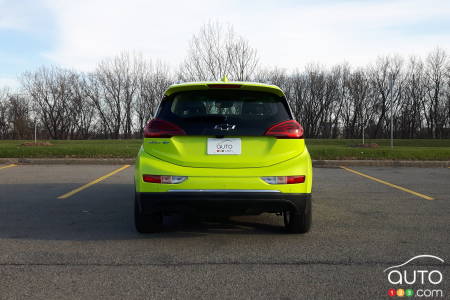 GMC is adding a new trim level to its models. The Denali Ultimate, meant to deliver the highest level of luxury, first appeared within the Sierra pickup line...

A Chicago businessman is, for a second time, giving away $50 worth of gas to anyone in the area who wants it. After an earlier $200,000 total giveaway, this ...