Sometimes it’s wiser to just pony up instead of fighting. For Hyundai and Kia, the class-action suit brought against the Korean automakers over engine fires in its vehicles is evidently one of those times.

The engines in question are the company’s 2.0L and 2.4L 4-cylinder units, known under the code name Theta II. These were installed in over 4 million 2011-to-2019 model-year vehicles, more specifically the Sonata, Santa Fe, Santa Fe Sport and Tucson from Hyundai, and the Sportage, Sorento and Optima from Kia.

The $760 million USD the automakers have agreed to pay out will serve to reimburse owners from some repairs carried out, indemnify some retailers for the exchange of vehicles, and cover the cost of inspection, engine replacements and other compensation paid out under warranties.
Money will also be paid out to client who faced long waits to have their vehicle repaired, who might not have had their warranty honoured, or simply because the value of their Kia or Hyundai vehicle sank like a stone. 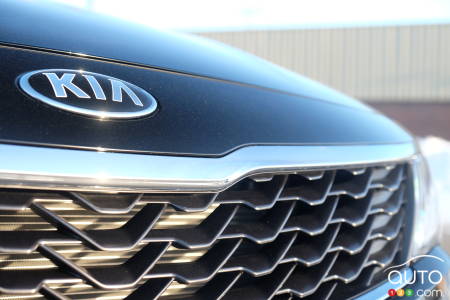 The automaker’s solution designed to prevent further engine fires consisted of adding a sensor to detect the issue that could lead an engine to seize up and eventually cause a fire. When the issue is detected, a system reduces the RPMs of the motor and a warning light on the dash alerts the driver that an issue has arisen under the hood.

The agreement to pay out $760 million must be studied and approved by courts before the automakers can begin sending out cheques to participants in the class-action suit.

The 35th annual Initial Quality Rankings produced by J.D. Power place Ram at the top position. Auto123 looks at the 2021 ranking of brands and models that ge...