The N Line’s output actually drops slightly from 195 to 190 hp; those of other variants stay in place Automotive columnist: Daniel Rufiange , Updated: 2023-01-20 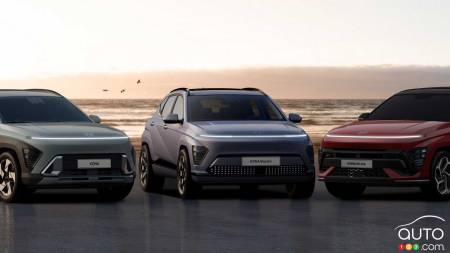 •    Hyundai revealed the powertrains that will be offered with the next-gen 2024 Kona.

The second-generation 2024 Hyundai Kona has already been unveiled and it is set to debut later this year. The small SUV it retains the styling that made it a success in its first go-around, but it gets a bit bigger in the process in order to offer consumers a bit more.

What we didn't know until now was whether Hyundai would make any changes under the hood. Those who were hoping for big modifications will be disappointed: the mechanics that served the model previously have all been carried over.

Most importantly, they will offer very similar performance.

The base model again features a naturally aspirated 2.0L 4-cylinder engine good for 147 hp and 132 lb-ft of torque. The 1.6L turbocharged 4-cylinder found in the N Line version is also returning. In its case, however, there’s a minor drop in power, from 195 to 190 hp (torque remains at 195 lb-ft). 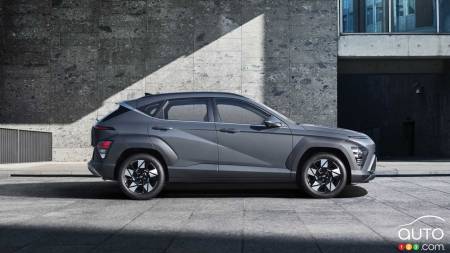 As for the hybrid version, it won't be offered in Canada, to the disappointment of those who were hoping for it to come north. That version comes with a 4-cylinder, 1.6L gasoline engine that, with the help of an electric motor, delivers 139 hp.

The Kona Electric will be back, but the numbers and other details about it remain to be announced. We can hope for an increase in capacity and range, but we’ll see.

It’s also wait and see when it comes to see about the higher-performance N version. It currently uses a 2.0L turbocharged 4-cylinder making 286 hp. We asked Hyundai Canada for more dirt about the 2024 N version at the Montreal Auto Show this week, but we got the answer we expected: “We don't talk about future products.” 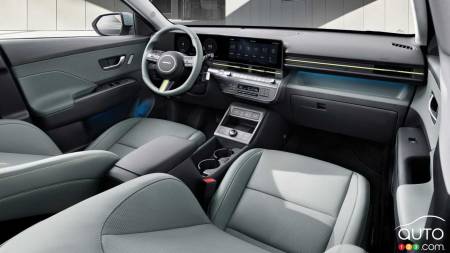 Auto123 was on hand for the official presentation of the 2024 Mazda CX-90, new SUV from the Japanese automaker that benefits from several innovations. In a f...