The latest new model to get a virtual online presentation in 2020 is the next-generation 2022 Hyundai Tucson. The SUV was revealed with great fanfare during a live steaming event this evening.

The Tucson was originally launched in 2004; the 2022 model, which will arrive in the first quarter of next year, represents the fourth generation of the model. The SUV’s popularity around the world is indisputable, with more than 7 million models already sold. For the current generation, sales have totaled 2.9 million units to date.

The new edition is intended for most global markets, so its styling will be the same everywhere. However, long and short wheelbase and long and short variants will be offered depending on the market, in order to serve a well-targeted clientele. You guessed it, space-loving North Americans will get the first of those versions when it debuts.

As for the design of the model, there are several elements that stand out. 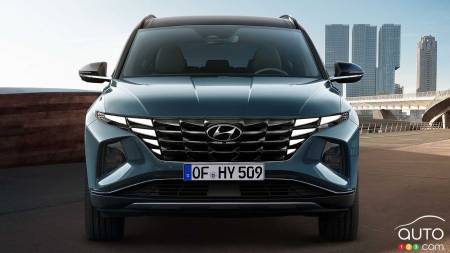 The design
Hyundai is not afraid to innovate when it comes to exterior design and the new Tucson is the latest evidence of this. First of all, the automaker doubles down here on its strategy of making each model in its lineup distinct from one another. At the same time, they all carry an easily recognizable Hyundai signature. A nice trick if you can manage it.

With the next Tucson, Hyundai’s designers add a new element as well, which is integration of the headlights into the grille. In fact, those headlights appear to actually disappear when they're turned off. Turned on, they dominate the front end. Very original.

At the rear, the headlights are also very eye-catching, not least because they’re connected by a strip at the bottom of the window. That window’s windshield wiper is concealed under the top edge of the bodywork - another successful stylistic element, not to mention very practical for our climate.

From the side, there are many angles and character traits, an effect accentuated by the presence of 19-inch wheels. In short, the Tucson won't go unnoticed. 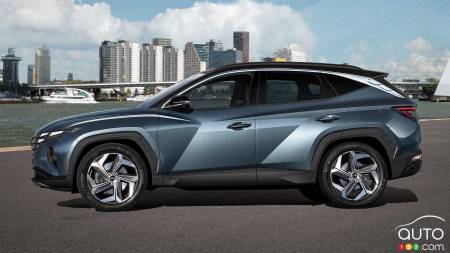 On board
Inside, if you like futuristic presentations, you'll like the new Tucson. Hyundai posits what vehicles of the future will look like, with two large 10.25-inch screens dominating the space. One is for the instrument cluster, the other for the multimedia system. Touch buttons are also plentiful, as evidenced by the images Hyundai posted.

The big innovation has to do with the integration of air vents throughout the design, though they’re discreet to the point of being imperceptible. Hyundai compares the approach to what’s found in aviation. We can't wait to see it all up close and in the flesh.

Then, all sorts of things will be possible in terms of connectivity in the next Tucson, including connecting two smartphones simultaneously and a function that allows you to remotely turn on the air conditioning in your house (when the devices are linked). The menu of security features will be just as rich, depending on the version chosen. We'll have to wait and see how the product offering breaks down, but knowing Hyundai, it should be generous from the start. 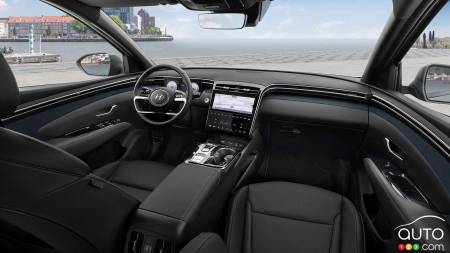 The mechanics
Under the hood, buyers in North America will get to choose between two of the 12 engines that will be offered worldwide for the model. For our market, expect a 2.5L 4-cylinder direct-injection engine and a 1.6L 4-cylinder turbocharged engine, also with direct injection. In the latter case, hybrid and plug-in hybrid options will be on the menu. No figures regarding electric range have been provided yet, but we’re guessing that the popularity of the Toyota RAV4 Prime and Ford Escape PHEV in the segment will force the Korean automaker to come up with something competitive.

Hyundai's HTRAC all-wheel-drive system has new features that will also allow it to operate in a wider range of drive modes (mud, sand and snow are added) and a new technology called E-Handling promises to improve steering response and handling in corners.

Of course, these are things we'll have to test before we decide, but what they tell us on paper is promising. It is possible that certain features presented today for the Korean market will be excluded from models offered here.  Hyundai Canada may have provided us with the necessary information about the new Tucson, but the fact is no final decisions have been made regarding the product offering in North America. We expect things to solidify in that regard well before the model debuts in our market next spring.

Hyundai also mentioned that N Line variants will eventually be added to the range, so this Tucson will take a few years to deploy. 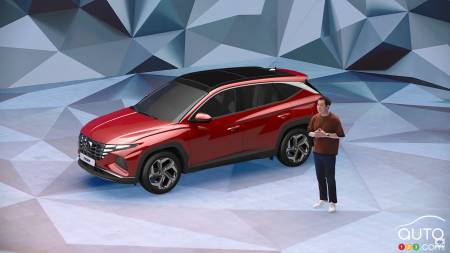 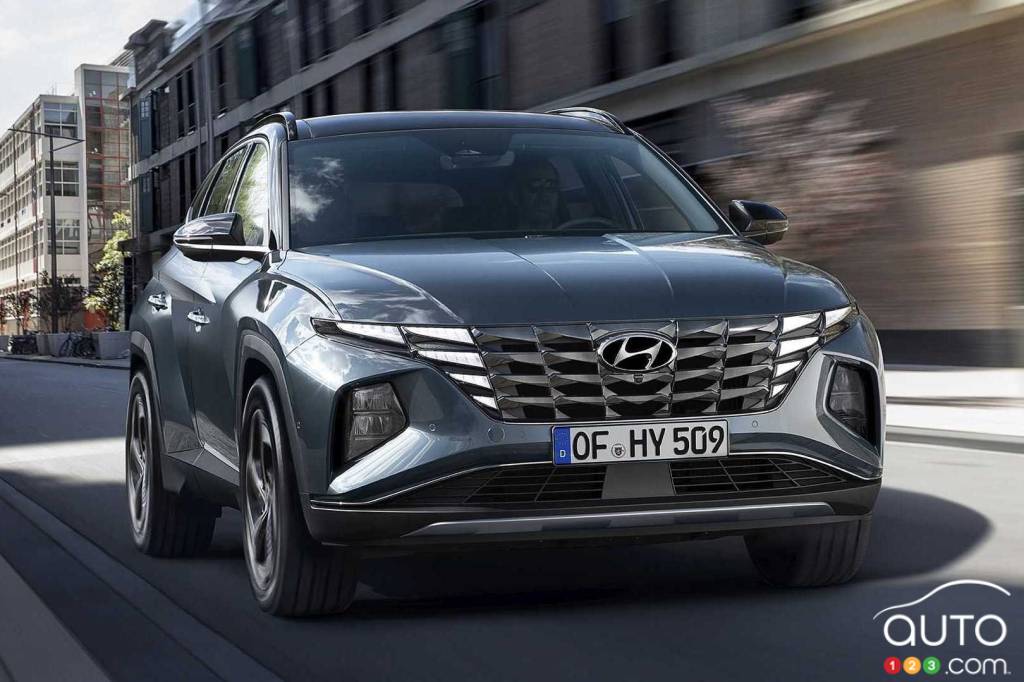 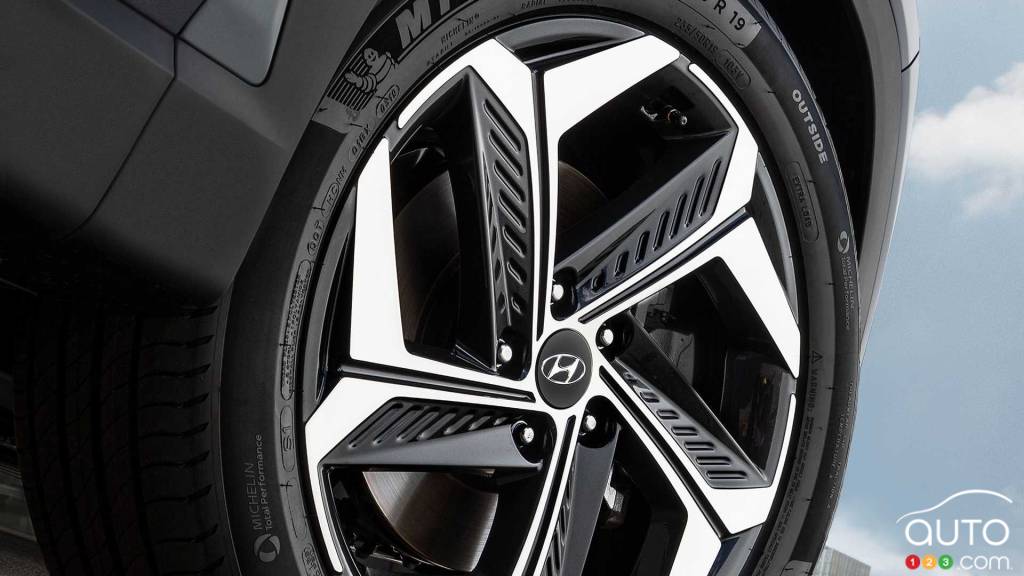 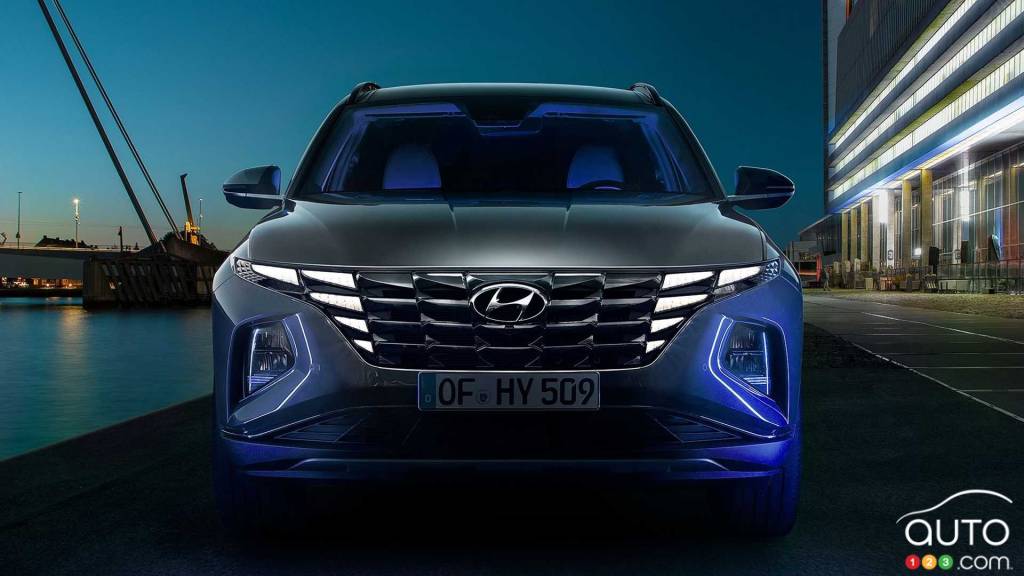 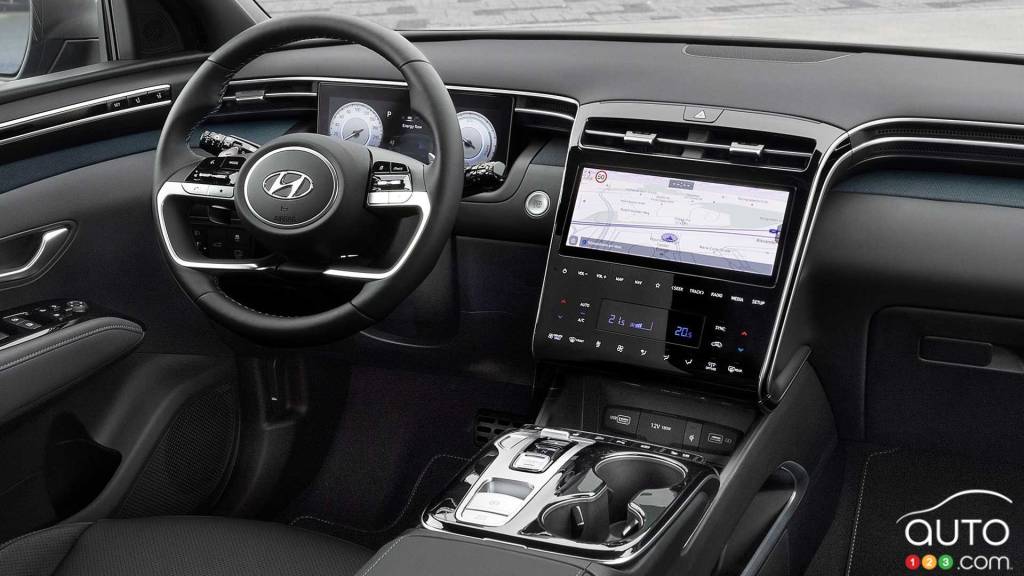 The 2022 Hyundai Santa Fe PHEV is a welcome addition to the growing family of plug-in SUVs available to Canadian consumers this year. But beyond merely exist...

The 2022 Hyundai Tucson PHEV will show up with an official range of 53 kilometers in all-electric mode. However, due to the size of its battery (13.8 kWh), t...