Hyundai had a few different presentations to make at this year’s Los Angeles Auto Show. There was the extended-range version of its IONIQ, and the track-focused version of the Hyundai Veloster N (the RM19). The company also unveiled a new concept that previews the brand’s future design direction for its SUVs.

The Vision T is a plug-in hybrid utility model, and is a product of the automaker’s design department. One of its objectives is to demonstrate the company’s Sensuous Sportiness design philosophy going forward. The model’s profile shows character to spare and the front grille evokes, with little subtlety, the visual signature adopted by the new Sonata. In back are sleek position lights connected by a thin strip located just below the back window. 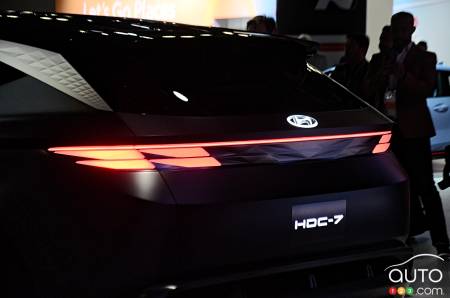 Like with Kia’s Futuron concept, the Vision T comes with a system of recessed headlights that transform into functional lights on demand. According to Hyundai, this element will be an essential part of the innovations coming in the next model designs. The company repeated its goal of giving each of its models a thoroughly distinct design signature, while preserving a commonality that identifies them as Hyundais.

The vehicle is actually reworked Tucson and so it’s logical to assume it may well presage the look of the nest generation of the popular compact SUV. As per custom, the eventual production will have some of its sharper edges rounded off, both literally and figuratively, keeping in mind that this Vision T is strictly an early stage design study, nowhere near production-ready.

And because of that, Hyundai has nothing to say about specifications for the concept. For all we know this Vision T on display in Los Angeles is little more than an empty shell.

We’ll see where the company takes it, though. Stay tuned. 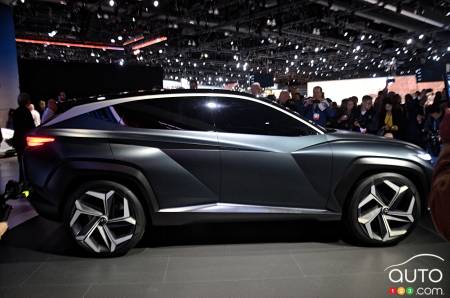 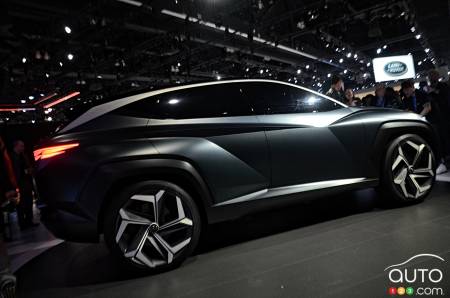 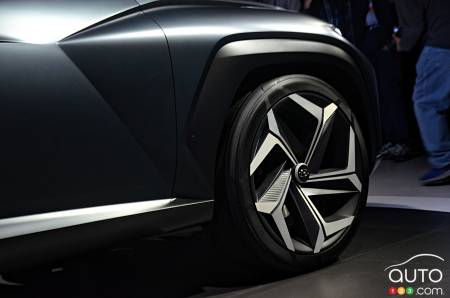 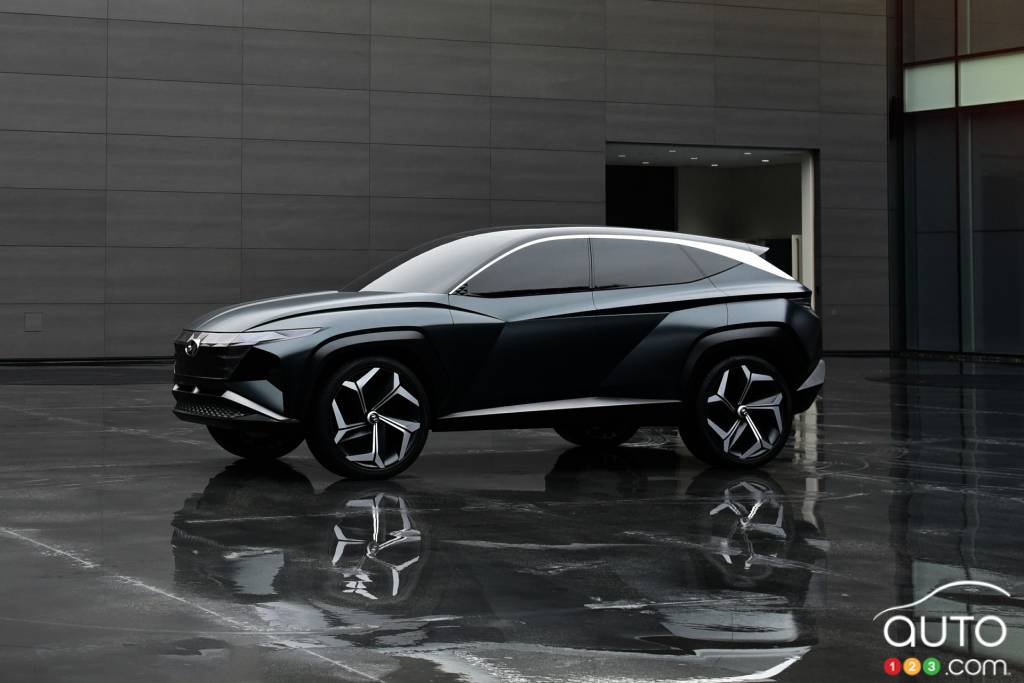 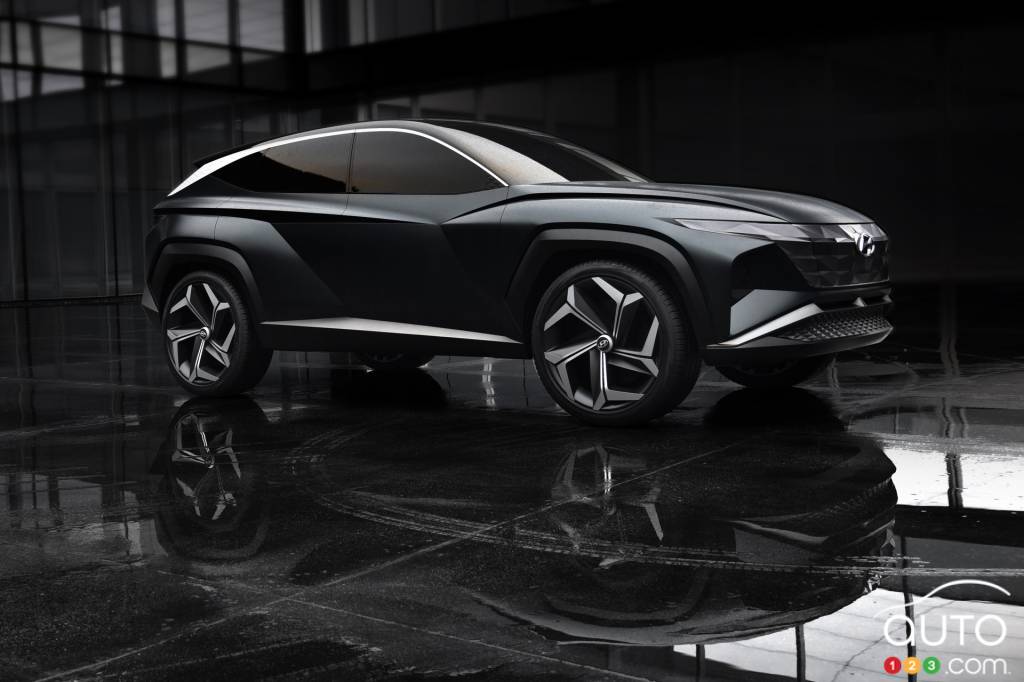 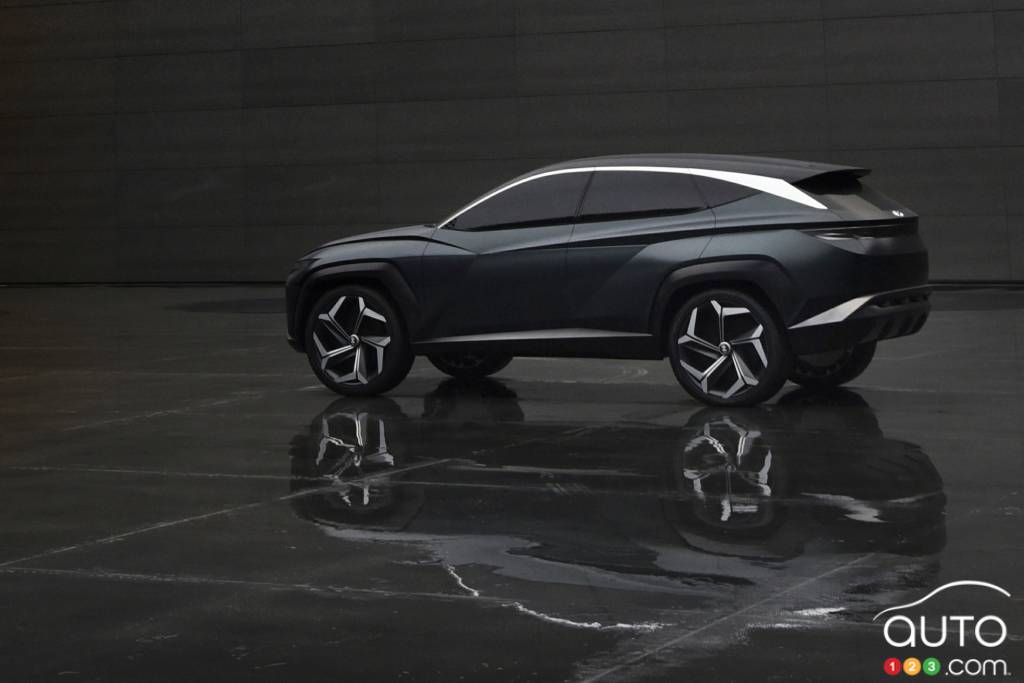 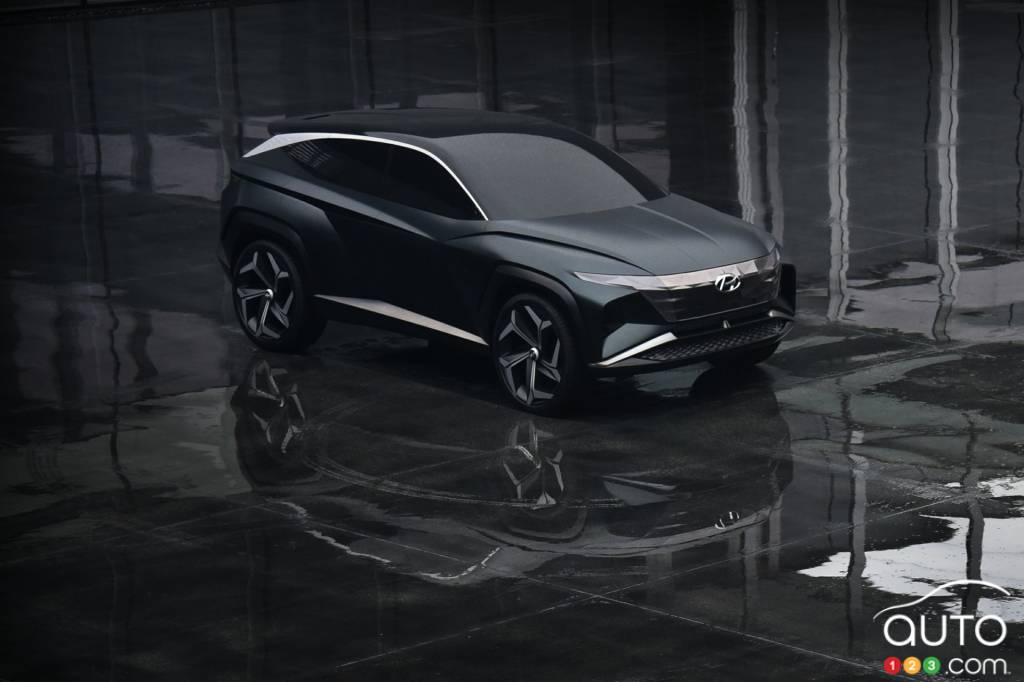 The 2021 Hyundai Santa Fe benefits from many changes, starting with new styling for the front end. Most notable is the addition to the product offering of hy...

Toyota has lit up the LA Auto Show’s media day with its presentation of the 2021 Toyota RAV4 Prime, the plug-in hybrid version of the popular SUV. Toyota is ...