A new study carried out by research firm IHS Markit reveals that the average age of vehicles in circulation in the United States has increased and now sits at 11.8 years, a record level.

In comparison with last year, the increase is minimal, just 0.1%, but it is part of a clear longer-term trend towards vehicles staying in service longer. In 2015, the average age of a vehicle in use was 11.5 years.

Mark Seng of HIS Markit has an explanation for the trend:

"Better technology and overall vehicle quality improvements continue to be key drivers of the rising average vehicle age over time.”

In comparison, the latest figures for Canada indicate an average age of around 10 years, which is about what you’d expect relative to the U.S. given our much less-forgiving climate.

In fact, for the first time, the firm’s survey results include figures for specific regions. Unsurprisingly, vehicles on the West Coast of the U.S. have an average age of 12.4 years, while in the Northeast this drops to 10.9 years.

This average-age figure should not be confused with the average length of time owners hold on to their new vehicle. Generally, those who buy a car fresh out of an assembly plant keep their vehicle for between 6 and 8 years. But the vehicle is resold and enjoys a second life on the used-car market.

According to the experts at HIS Markit, we could see a drop in the average age of vehicles on the road ahead. The driver of that decrease could be the large numbers of vehicle owners who chose not to renew their ride in the wake of the 2008 financial crisis and subsequent recession, and will start to do so now. Which means, the firm believes, there could be a noticeable decrease (of as much as 27%) in the number of vehicles aged 12-15 years in active use in the next few years.

That phenomenon will be muted here, of course, first of all because Canada was spared much of the pain of that 2008 crisis, and also because our climate does a more efficient job weeding out older vehicles.

This kind of data certainly places an interesting twist on the adage that “they don’t make cars like they used to”. Turns out that’s true, just not in the sense most who use the phrase intend. Not that long ago, vehicles tended to reach the end of their lifespan after between 160,000 and 180,000 km. It was common for owners to change their vehicles every two to four years; the most optimistic, attached or fool-hardy held on to theirs for eight years. Today? It’s not at all uncommon to see vehicles rack up 300,000 km on their odometers. 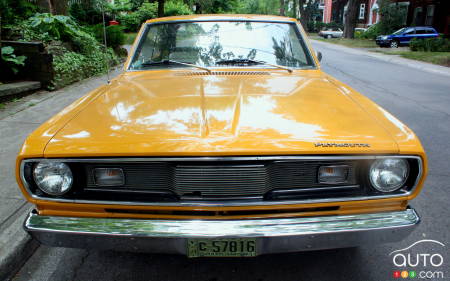 A survey carried out by Belairdirect reveals that Canadian drivers don’t feel that ready to take on the challenges of winter driving. It also appears that to...