Generally, most of the dollar talk we hear in regards to governments and EVs has to do with incentives and discounts to encourage the purchase of electric vehicles. But right, the state of Illinois is doing the exact opposite. Under consideration is legislation that would impose a $1,000 annual registration fee charged to owners of electric vehicles.

Illinois is not the only state considering his kind of measure either. In fact, many state governments are concerned that as the market share of EVs grows, revenues collected on taxes paid at the pump by owners of internal-combustion-engine (ICE) vehicles will melt away.

This is actually a common concerned voiced by ordinary citizens. And if it isn’t gas, it’s electricity. In electricity-rich Quebec, many worry that the cost of that energy source will soar to make up for the loss of revenue from gas taxes.

Illinois’ elected officials have simultaneously proposed a substantial increase in gas taxes, which would double to 44 cents per gallon. The registration fee for ICE vehicles would jump from $98 to $148, according to the Chicago Tribune. 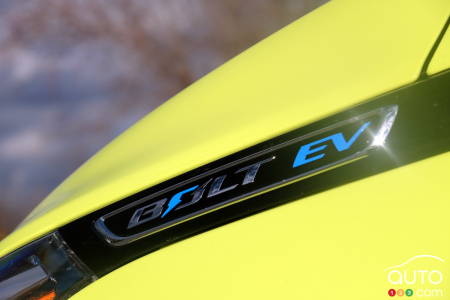 The $1,000 registration seems especially punitive given the fact that it’s estimated the average driver of a regular ICE vehicle pays an average of $176 in gas taxes annually in Illinois. For a driver of a gas-fed vehicle to pay $1,000, they would have to drive for 90,000 km in a year. The numbers clearly show the proposed EV registration fee is far out of proportion.

It’s safe to say that such a measure could only hurt sales of electric vehicles, as buyers would quickly figure out their savings would be smaller running on electricity than otherwise. And if other states follow suit, it could seriously dampen demand for EVs in the U.S.

At the same time, it’s not surprising that governments look for ways to protect the revenues they currently take in.

One final relevant element to this story, meanwhile, is the behind-the-scenes pressure applied by automotive dealers in Illinois in regards to the proposed legislation, which was introduced by Senator Martin Sandoval, a Democrat. The politician’s third-largest donator, as it happens, is the Illinois Automobile Dealers Association.

Is there a connection between the donations and the proposed EV registration fee? Time will probably tell. But if the legislation does get voted in, watch out for copycat laws elsewhere.