With the new North American auto show season about to get underway, activity is picking up among the auto manufacturers. Ford is expected to officially unveil the next-generation Focus shortly, if not at Los Angeles at the end of this month, then in Detroit next January.

What will the 2019 Ford Focus look like? Some persistent photographers were able to train their lenses on the model covered in a vinyl sleeve carrying the #TimeToFocus hashtag, giving us a fairly good idea of the final product’s appearance. Sharper-looking lines and a new, more-evolved grille seem to be on the menu, most notably. Here’s hoping the new Focus will be up to the daunting task of taking on the Mazda3, Honda Civic, Hyundai Elantra and other rivals populating the segment… 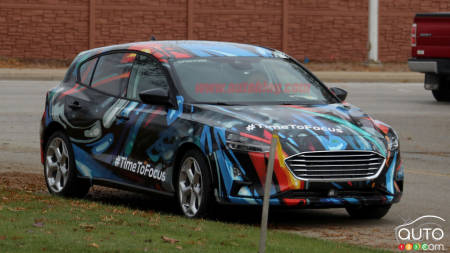 We’ve also learned that the company’s C-MAX compact hybrid will be discontinued and disappear from the company’s lineup by the middle of 2018. Production on its Energi plug-in version has in fact already stopped. A severe decline in sales, due undoubtedly to consumer preference for SUVs and Americans’ predilection for sedans like the Fusion, will have contributed in large part to the demise of the C-MAX.

A replacement may not be long in coming, however. Ford has already promised to introduce an all-new fully electric crossover by 2020, which will have a maximum range of around 480 km. 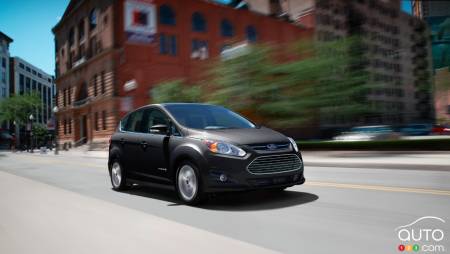 A faulty charging cable has led Ford to issue a voluntary recall of around 50,000 electric and plug-in hybrid vehicles. The manufacturer-supplied 120-volt ca...

Focus Active Not Coming to Canada After All

Canada, a natural crossover market no more? Ford Canada has confirmed that the upcoming Ford Active, one of only two car models that Ford will continue to of...