Nissan's luxury brand is in dire need of new models, and Infiniti retailers have been eagerly awaiting the arrival of fresh blood. However, these dealers will have to be patient a little while longer, as the next vehicle to make its debut for the brand has just seen the start of production delayed by five months.

The product in question was expected to arrive at the brand's dealerships at the beginning of the summer. The Infiniti QX50 SUV is conceived as a coupe version of the QX50, but Infiniti is promising it won’t be a simple clone of that model. Production was scheduled to start in June, but it will get underway in November. 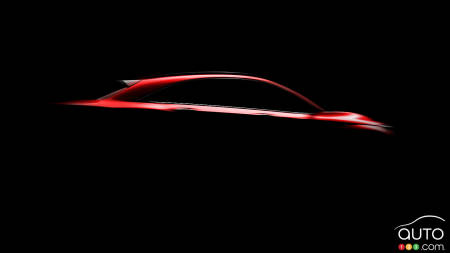 In a letter sent to suppliers, the company explained that it is putting off the start of production “to ensure adequate production capability” at the Aguascalientes plant in Mexico where the QX55 will be built. That factory is co-owned by Nissan and Daimler.

The QX55 will be powered by a 2.0L 4-cylinder turbocharged engine and be required to compete versus such segment bigwigs as the GLC from Mercedes-Benz and the X4 from BMW. Aesthetically, its roofline is reminiscent of the Infiniti FX, which was a leader in the segment when it arrived a little over 15 years ago. While the model shares some components with the QX50, it will come with a different nose, a distinct grille and a sportier overall look.

Its ride promises to be more engaging than that of the QX50, but we’ll reserve comment until we actually get behind the wheel - Infiniti missed the mark somewhat with its luxury compact SUV.

Articles By
Daniel Rufiange
Subaru Working on a Second Wilderness Model
Article
2021 Volvo S60 T5 Review: The Last of Us
Review
End of the Line for the Toyota Avalon
Article
More from this author