Production of the Ford Bronco has finally begun, with the first models destined for customers now rolling out of Ford's assembly plant in Michigan. The automaker says it is producing both two- and four-door models.

Getting to this stage with the long-awaited Bronco hasn't been easy for Ford, though not because of any missteps on its part. Production of the new SUV was delayed by supplier problems related to the pandemic, and then complicated by the ongoing microchip shortage.

The first Broncos are 2021 models and Ford says it will focus on fulfilling more than 125,000 orders from customers with reservations. Production of 2022 models will begin at the end of the year, so people booking in the next while will have to wait until next year to receive their model. Broncos ordered with the Sasquatch package, which adds 35-inch tires, heavy-duty Bilstein shocks and a manual transmission, will be delayed again until next year. 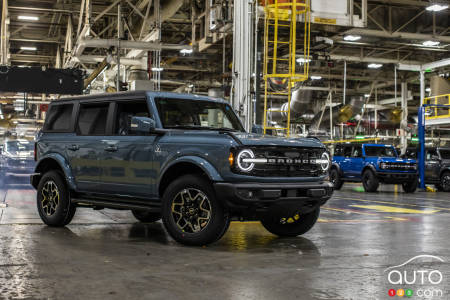 And those who opted for the painted modular hardtop (the most upscale variant on offer) will have to wait a little longer as well. It was originally supposed to be deliverable by the end of the 2021 model-year, but buyers who want that exact roof will now have to wait until the 2022 model-year. Buyers who reserved a model had until April 8 to change their order to get their hands on a model sooner.

Our first in-person encounter with the Bronco is coming up; be sure to check back for all the details. 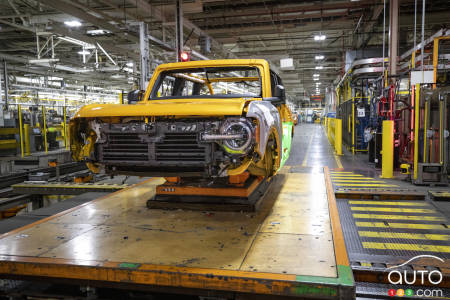 Photo: Ford
A Ford Bronco on the assembly line, img. 1 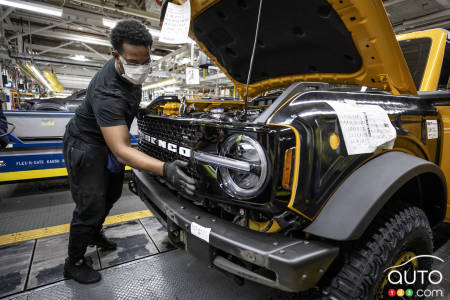 Photo: Ford
A Ford Bronco on the assembly line, img. 2 Photo: Ford
A Ford Bronco on the assembly line, img. 3 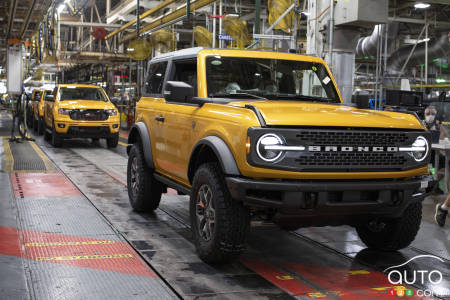 Photo: Ford
A Ford Bronco on the assembly line, img. 4

New images of a partially camouflaged version of the future Ford Bronco Raptor are now online, courtesy the Bronco Nation website. The new variant features a...