When a new vehicle comes on the market, there’s always a chance it will encounter problems related to its design; the odd glitches are to be expected. Sometimes they’re minor and barely register with owners. That doesn't seem to be the case with Ford's new Bronco, however, several owners have reported issues with the vehicle’s roof.

It’s bestto be careful when considering reported issues with a brand-new model. It's important to consider the severity of the issues being reported, and how many owners (and what percentage) are actuallly experiencing the same problems. For the moment, while we don't know howe widespread the problem is, let's say that it’s worth highlighting in the case of the Bronco.

As it happens, we are participating in a drive event next week to test the new Bronco; you can be sure we and everyone else will be asking questions about the roof problems. For now, here's what's been reported. 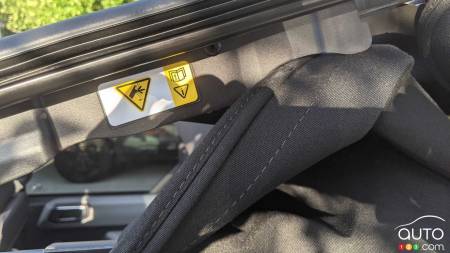 Photo: Bronco 6G
Cloth on driver's side of a new Ford Bronco

Soft top
The owner of a Badlands version reported a problem with the soft top on his model, which he has owned for only four weeks. He complained on the Bronco6G website that the fabric roof is already showing signs of wear on the driver's side, and that it’s also starting to wear on the passenger side. He plans to being the vehicle into his Ford dealer for a little conversation and, hopefully, some answers and a fix.

The owner’s initial take is that the problem comes from the top not folding properly, with the result that it can rub against a piece of plastic when it’s lowered. He noticed that the top performed differently on some occasions, which means there could be irregularities with the mechanism. If the operation is not always the same, it could put some parts of the roof at risk.

Hard top
Meanwhile, those running the TFLtruck website are reporting a problem with the hardtop on their brand-new Bronco, which rattles even when the vehicle is barely moving, and the problem gets worse as the road surface does. Most concerning is that the issue was apparent before the roof had never even been removed.

The rattling disappeared when the two front panels were removed and it was less obvious when they were put back on, but the problem was still apparent. Other owners have reported annoying noises coming from the rear top panel. 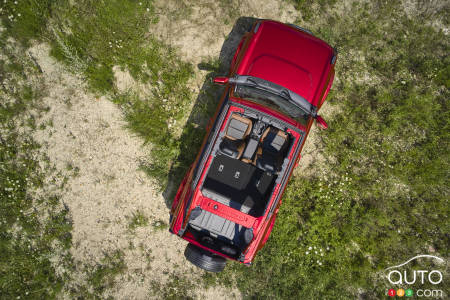 Ford is certainly already aware of these situations and we can assume they’re working to address these issues. These are details, of course, but it's obviously disappointing for owners who just got their hands on a new vehicle.

And for Ford, unfortunately, it's just one of many such episodes. Recall the problems at the launch of the Explorer almost two years ago now. In that case like now, buyers are advised to give their potential purchase a good once-over.

We'll be following the situation closely. 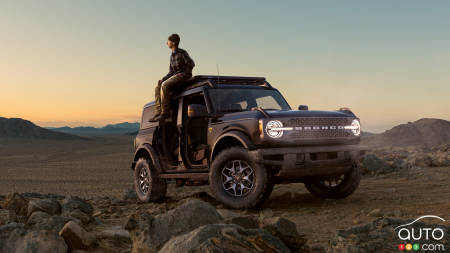 Ford is in the process of fixing the roof problems that have marked the debut of its new Bronco. The company will be shipping replacement components to deale...