From coast to coast to coast, as they say, Canadians are seeing some pretty scary numbers displayed at gas stations this spring and early summer. The reasons are many: Business recovery and increased demand, inflation, Covid-19, the war in Ukraine, just to name those, have all contributed to the arrival of $2 per litre of gas, which seemed unthinkable just a few weeks ago.

We were just in Victoria, British Columbia, current home of $2.26.9 per litre of gas. All of this has direct consequences on Canadians’ activities, travel plans, the price of goods in stores, etc. We’ve all seen the effects.

One of those effects is of course that it's going to cost Canadians more to hit the road for vacations this summer. Will that discourage some? You have to think so. But a recent Ipsos survey conducted for Toyota provides some very interesting data on the issue.

Let's go through them in bulk.

First, we learn that 91 percent of Canadians want to get back to the activities they've had to put on hold for the past two years. For some, that means traveling and hitting the road. 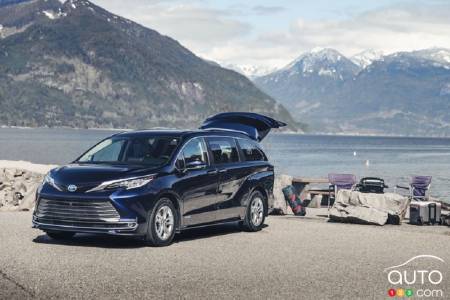 Clearly, people want and need to move. In fact, 27 percent say they are so excited to be able to venture out that they don't care about the cost of fuel.

On the other hand, the price of gas is on the minds of many. For example, 53 percent said the price at the pump is a factor in determining their driving vacation plans. For the rest, it doesn't matter. One in five said they would look for ways to save more on gas, including proper maintenance of the model they will be using.

It’s important to keep in mind that an ever-greater number of Canadians heading out on vacation this summer will do so in an electric vehicle. Yes, the percentage of folks doing that remains marginal, but it’s growing every year. And the trend will continue: 54 percent of those surveyed said they would prefer to use a hybrid, plug-in hybrid or all-electric vehicle to stretch their vacation budget.

So people want to move, and the oil companies seem to know this very well. After two years of inactivity, it appears that for most people, the price of gasoline is not a killjoy.

We'll see. It will be interesting to see what decisions Canadians make after the vacation season if fuel prices remain so high all summer.