If you’re a fan of Jaguar Land Rover, you know that its Special Vehicle Operations (SVO) division has three unique categories: SVAutobiography is the marque of peerless luxury, SVX is dedicated to all-action, all-terrain capability, and SVR is the sign of thrilling performance.

Each one of them was featured with a new model—the first time this has happened here in North America—on the eve of the 2017 L.A. Auto Show.

With the global debut of the 2018 Range Rover SVAutobiography, Land Rover introduces an unprecedented luxury SUV. The new flagship model combines sublime craftsmanship and technology, including rear doors that close at the touch of a button, rear executive class seating capable of up 40 degrees of recline and a fully refrigerated rear compartment with space for two 750ml bottles and two glasses. 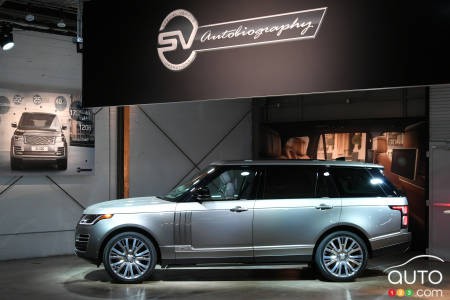 The North American debut of the Land Rover Discovery SVX adds the extreme capability offering to Special Vehicle Operations. The ultimate Discovery for off-road enthusiasts, the Discovery SVX delivers the unmatched Land Rover capability in a dynamic and distinctive manner without compromising comfort and practicality. 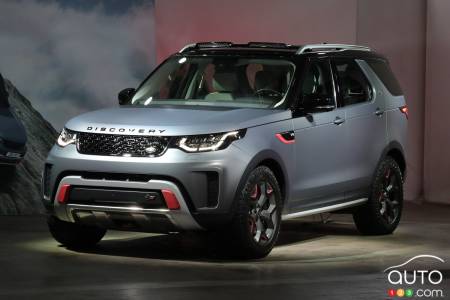 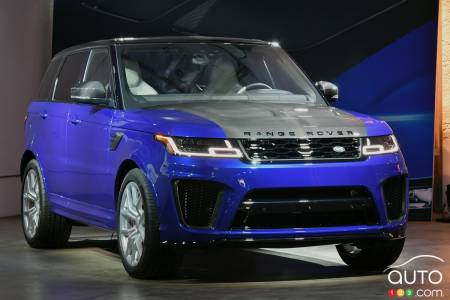 Further demonstrating the SVO capabilities, the Jaguar F-TYPE SVR and Jaguar XE SV Project 8 were also showcased at the event, with the latter announced as the world’s fastest four-door sedan following a production-intent prototype’s record lap of the Nürburgring Nordschleife.

With such desirable new models on the way and more already on the roster, it’s no surprise that JLR (Land Rover, in particular) leads residual value rankings for a fourth straight year.

An unprecedented exploit by a high-performance luxury SUV at one of China’s most famous landmarks, captured on video. Check out a remarkable display of stair...

2018 Land Rover Discovery Gets Changes Under the Hood and...

Despite having been fully revamped by Land Rover just last year, the fifth-generation Discovery gets a number of updates of the 2018 model-year. We’ve got d...

A plug-in hybrid version of Land Rover’s Range Rover flagship model is on the way for the 2019 model-year. Before that, buyers will get a revised combustion-...