Since the very first Bond film hit the big screen back in 1962, we’ve seen Agent 007 drive any number of exceptional cars. It won’t be any different in the 25th film of the series set to release next year. Only this time, James Bond will take the wheel of an all-electric car.

Like the majority of cars the British Secret Service lends out to its star agent Bond, this one will carry the Aston Martin badge. 007 first got to drive around in a car made by the British automaker in 1964 in the film Goldfinger. It marked the debut of what became a legend and a highly prized collector’s item, the famous DB5.

A little over 55 years later, the car awaiting James bond for his next assignment will be the Rapide E, a supercar of which Aston Martin is only going to produce 155 units. It will of course deliver jaw-dropping performance capabilities, with an output of 602 hp and top speed above 250 km/h from a rear-wheel-drive configuration. 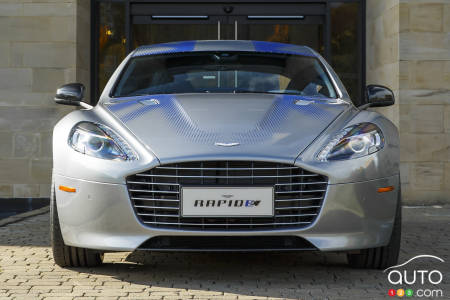 In a sense this is an unsurprising sign of the times, but there’s another factor at play here: the film’s director Cary Joji Fukunaga is a fierce militant when it comes to environmental questions. He apparently found a receptive audience in Bond actor Daniel Craig and the film’s producers, according to British news outlet The Guardian.

It would therefore have been surprising to see Bond use the same car as before, leaving a slick of oil in its wake to outwit his opponents. The Q Branch will have to outdo itself to come up with more “eco-friendly” logical gadgets for 007 to play with.

If you’re wondering what the very first car loaned by Q Branch to Agent Bond in the film Dr. No (1962), it was a 1961 Sunbeam Alpine Series II. 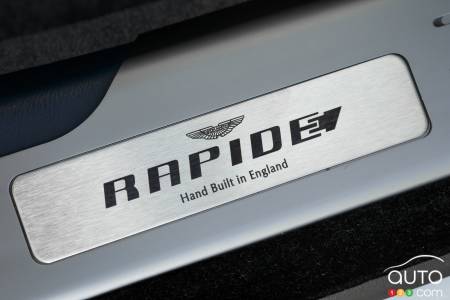