•    Jeep is launching a contest to have public input into naming its next all-electric model.

•    Up to now, the model has been known under the working name Wagoneer S; Jeep thinks you can do better!

•    The competition launches in November. The model will be available for reservations early next year.

Jeep recently presented the next electric models that are on the way into its lineup in the next year. Among them was the Avenger, a European-only model, as well as the Recon, in essence a battery-powered cousin of the Wrangler. 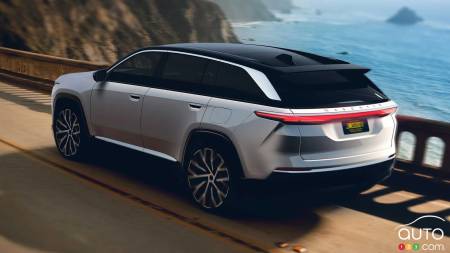 The other vehicle on display was called the Wagoneer S. However, that won't be the final name of the third model to join the Wagoneer clan. Jeep is launching a contest to have public input into naming the thing. Here’s hoping the automaker doesn’t leave the door open to Jeepy McJeepFace!

Smaller than the Wagoneer and Grand Wagoneer, the new EV is expected in 2024, with the orders books set to open early next year. By then, it will have to be christened.

Said Jeep CEO Christian Meunier to MotorTrend magazine: “We have not decided the name. We have a few in the basket.” The executive added that he wants to enlist the help of the Jeep community in choosing it. The idea is to hold a contest on social media with some suggestions and guidelines.

Christian Meunier hopes to have a name chosen by the end of the year. The online contest should launch in November. Jeep will need to review the names, develop a list and see if they are available. The legacy of the Wagoneer name is strong, so it's hard to know whether the name should refer to the past or look aggressively to the future, according to Meunier. 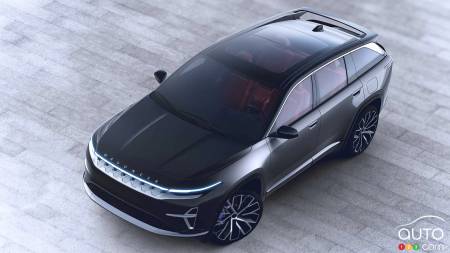 Photo: Jeep
The Jeep Wagoneer S concept, from above

What we do know is that the model will be built in North America, though it’s not yet known where. Two new battery plants are planned in Kokomo, Indiana, and Windsor, Ontario. Most of the manufacturing decisions have been made, but a few have yet to be finalized. The SUV will launch first in North America before debuting in Europe.

Jeep plans to offer electric versions of all its vehicles. The division hopes its electric models will account for half of its North American sales, and all of it European sales, by 2030.

GM Says its Electric Vehicles Should Be Profitable as of ...

General Motors CEO Mary Barra says the company anticipates its electric vehicles will be profitable as of 2025. Recall that a few years ago Barra had predict...